This is Part Two of what I fear may be a recurring post in this blog. Not because I want it that way, but because there are some firsts that require more than one day to complete. Back on Day 121, the thing I've never done before was to let my friend Amanda create a profile for me on the dating site, http://www.plentyoffish.com/. 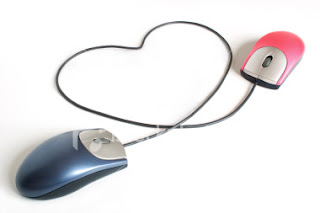 The reaction to this decision has been overwhelming, in a way I hadn't really expected. I had a lot of friends call me, text me, and leave comments ranging from "Good for you!" and "Go for it. I met my fiance this way!" to "Stephanie, no, please don't do this!"
I laughed them all off, not at all confident that I'm actually going to meet anyone this way, or that this was anything more than just another exercise for the blog. But for the thousands of others that sign up on these sites daily, it's a huge step. The anxiety for me, and I would imagine for many, is that by joining, I am now admitting to the world that I do want someone to share my life with. A companion. A buddy. I realize this can, and has, translated to, "I want to get married. Right now. To anyone. Immediately."
And that's simply not the case.
I mean, I do want to get married. But not right this minute. And only to the right person. And not at the expense of the things that are already important to me.
So sites like eharmony.com, match.com, plentyoffish.com are all full of people admitting to the world that they don't want to spend their time alone. Does that make them crazy? No, not necessarily. Did all of the crazy ones on plentyoffish.com find me immediately? Yep.
The plan was to put the profile out there and let it marinate for a few hours (or a couple of days) before going searching myself. But thanks to Amanda's amazing work, there wasn't much need to go on my own search. I had several responses waiting on me when I logged back in. Day 123's thing I've never done before was to respond to them.
I was honestly overwhelmed, and flattered, at the number of responses that came in. And then I remembered that Amanda wrote my profile, so they were likely responding to her charming personality, not mine.
She made me promise that I had to leave the profile up until I actually went out on a date with one of the guys I met on the site. So I made her log into my account to help me sort through all of the emails.
And here's where the entertainment that my other friend Erin had talked about really started. 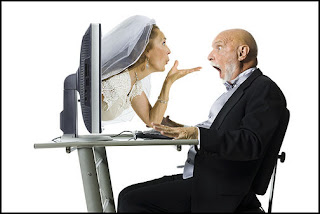 Where, I have to know, do these people come from?
It's no different than going to a bar, I suppose. I just don't talk to every single person at a bar in one night, so I don't get to experience the high volume of crazy that's out there. It's not in my face, all at once, disguised as unopened envelopes in my Plenty of Fish inbox like it was here.

I should say, I don't know if any of these people are crazy. Maybe they're perfectly nice, normal individuals who express themselves via creepy emails. Maybe they're not crazy, perhaps it's just the questionable pictures they choose to post on their profiles that make them appear that way.
Amanda helped me sort through the generic responses that were likely just general bios cut and pasted into an email. The bios have ranged from the standard, "This is me, this is what I do, this is what I like," to the downright bizarre and sad, "I just moved back to Atlanta because my dad has a terminal disease." Whoa. Heavy for an email introduction.
About half of the generic bios comment on how they've never done anything like this, and they're not sure about what to say before diving right in to a description of themselves that indicates that a.) they have done this before and b.) they knew exactly what they wanted to say.
I guess they figure that cyber-dating is a lot like sales. The more you put it out there, the more likely someone (anyone) is going to take a bite and email back. I get it, but I'd like to exercise a little more selectivity, and I'd hope that whoever wants to hang out with me would do the same. Funny enough, a lot of these guys have emailed me more than once with the exact same email, proving that they don't even know who they are sending their emails to.
There were an array of pictures to accompany the profiles. No surprise there were a lot of head shots, a lot of action/adventure pictures that scream, "I do cool stuff and take cool trips!" But for every normal photo, there were pictures of guys funneling beers, posing in pictures with girls in bikinis, and my favorite, pictures of them with their shirts off in their bathroom mirror, taken by them with a cell phone.
One guy included what I can only imagine is his prom picture, circa 1976, complete with an oversized bow tie and an overgrown porn stache. His email read, "I'm new to Atlanta." Yes, and by the looks of this photograph, it also appears you're new to the 21st century. Welcome.
A guy with the screen name, "Web Surfing Ninja" sent me a suggestive email that said, "Some things are better the 2nd time." Agreed. But likely not with someone whose screen name is "Web Surfing Ninja."
Dude #1
Subject: You look so beautiful...
Email: I'd love to meet you sometime
Hearing that I'm beautiful is weird for me, especially from a complete stranger. This was a little forward in this context.
Dude #2:
Subject: Damn...
Email: U R Hot
Seriously? Is this all you have to say? Thanks for saying I'm hot, though!
Dude #3:
Subject: You can see me, but not try me
Email: Lol!
In general, I have a problem with guys who use emoticons or general instant messaging language. Are you a man? Or a 13-year old girl? Plus the subject weirded me out. What does that even mean?
Dude #4:
Subject: Are you?
Email: Do you by any chance go to LA fitness? I think you are the serious girl from my gym :)Cheers!
I do not go to LA Fitness, but I wondered if this is was a version of the, "You look familiar to me, do I know you from somewhere," pick up line. He didn't have a picture on his profile, so I moved on. Let me show you something new... I love a woman who wears good shoes. 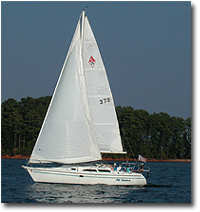 Dude #5
Subject: Hi there...
Email: I might be a little old for your tastes, but if you don't want to date, please check out my sailboats on Lake Lanier.
I appreciate his honesty about how old he is, and he did appear to be older than my dad. However it was the fact that he was married with grown children that concerned me more than his age. On the other hand, his sailboats looked pretty cool and I do want to learn how to sail, so maybe I should give old dude a chance. I hope his wife doesn't mind.

Dude #6
Subject: Hey
Email: Do you enjoy kissing?
Who doesn't? You are a creep.
With Amanda's help, I narrowed it down to Dude #7 and Dude #8 that I would return emails to. I would've gone with more, just for the experience, but Amanda explained that by doing that, I'd be opening myself up to far more crazy than I could handle. I'm a beginner, better to start small and focus just on 2-3 at a time.
Dude #6 was cute, but we both think he's stupid. He used "your" when he should've used "you're" (which I've definitely messed up before, probably on this blog, but all he wrote was "Your cute. What's your name?" He should've gotten that right.) The conversations we've had since have been short and far from stimulating.
Dude #7 looked like Ben Stiller in Zoolander. I emailed him back and he explained he was new to 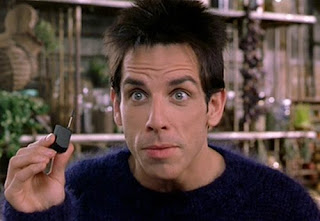 Atlanta and looking for all of the hot spots. I never emailed him back after that. If there are hot spots in this city, I'm sure I don't know where they are. Plus, I came across a picture on his profile where he had a sweater tied around his shoulders and I was done.
Later that evening, a response came through from a guy who was good-looking, and had a lot of my same interests. He commented on my profile and how I recently tried espresso for the first time, and he shared a story about a time when he accidentally tried espresso. It was humorous, he was cute, so he became the third person I wrote back. We have since engaged in several email exchanges, discovering that we have a great deal in common, including our music tastes and love of traveling.
"So has he talked about hanging out?" Amanda asked me, obviously unsatisfied with my new email friend.
"Nope," I responded, convinced that in addition to dating in real-life, I also suck at dating via the Internet. Gah!
She suggested ways of prompting him to move things along, but I refused. If he wants to hang out, he'll ask me. I obsess about plenty, I'm not obsessing about some dude I met on the Internet.
And then, as if he knew we were talking about it, in the next email I got from him, he actually explained that's he's been out of the country on business and won't be back in Atlanta for another month, and that's why he hasn't asked me out. "I realize no one gets on these sites to meet a pen pal," he wrote.
That made me laugh, so while no date has been set, I would like to assume we'd hang out if and when he ever gets back. I'm also more cynical now than ever, so I'm also assuming that he could be a fictional person also created by Amanda just for fun. Out of the country on business? I've heard it all!
If it's true and Dude #9 really does exist, I wish he would hurry back so I could complete the one date minimum required by Amanda and close out my profile. I'm trying to be open-minded, but I'm not sure this dating online stuff is for me.
Posted by Stephanie Gallman at 8:31 AM