Back in March, when I took my parents to the Fleetwood Mac concert in Charlotte, Jacob and I found ourselves half horrified, half amused when soon after taking our seats, my dad reached into my mom's purse and produced a pair of binoculars.

He immediately put them to his eyes and began scanning first the crowd, then the stage, his arms at a perfect 90 degree angle.  For several minutes, while Jacob and I chuckled about how this was our first "concert with binoculars" experience, we'd hear my dad randomly shouting out all the things he could see.

When he was done, he handed them over to me and I reluctantly and embarrassingly took a turn, pointing the lenses directly at the stage.  There, in crystal-clear vision, was my love, my hero Stevie Nicks.  I could see the sparkle on her dress as she twirled and could tell what shade of red lipstick she was wearing.  Our seats were pretty good - but this view was magical.

Then Jacob, likely resigning to a "can't beat them, join them" mentality, also had a look.

"In all my years of concert-going and obsession with good seats," he admitted, "I can't believe I've never thought to bring binoculars."

And it wasn't just us - just like other "enhancements" often passed around at shows - we passed my dad's binoculars around to our seatmates and quickly made friends.  They were a hit.

So for an early semi-ironic-but-actually-I'm-sincerely-excited-to-have-them birthday present, I bought Jacob a pair of his very own binoculars.  Actually I've had to buy him two pair since the first pair I bought were the size equivalent of two telescopes fused together and hardly appropriate for concert viewing.  That pair had to be returned.  Whoops.

Since the purchase, we've taken these new set of eyes to see the Rolling Stones at Bobby Dodd Stadium in Atlanta and to see the Grateful Dead kick off their Fare Thee Well tour in Santa Clara, California. 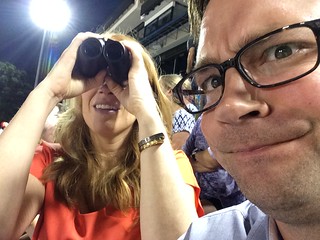 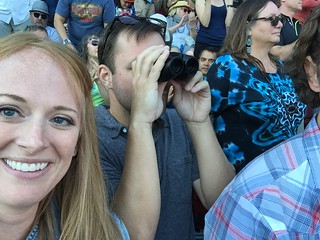 None of these bands needed any kind of enhancements - especially not binoculars - and describing these events as simply concerts feels like a gross injustice.  Nostalgia-evoking, tear-producing, life-altering musical experiences more accurately represents my feelings about seeing, possibly for the last time, the bands that helped lay the foundation of my music education. 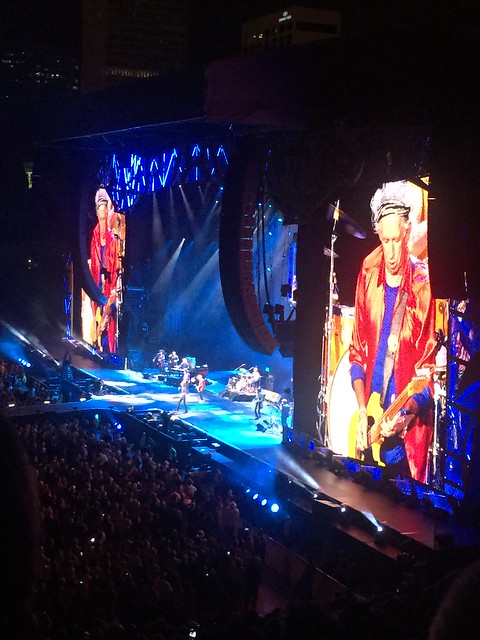 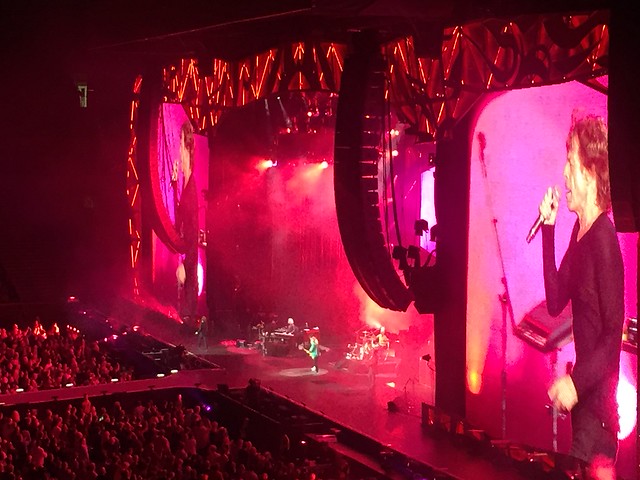 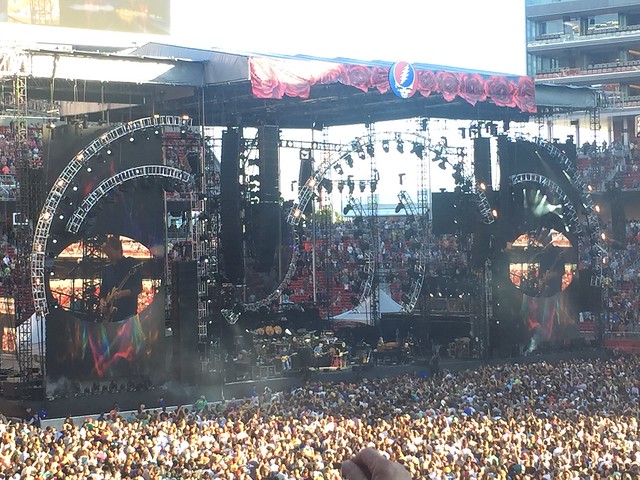 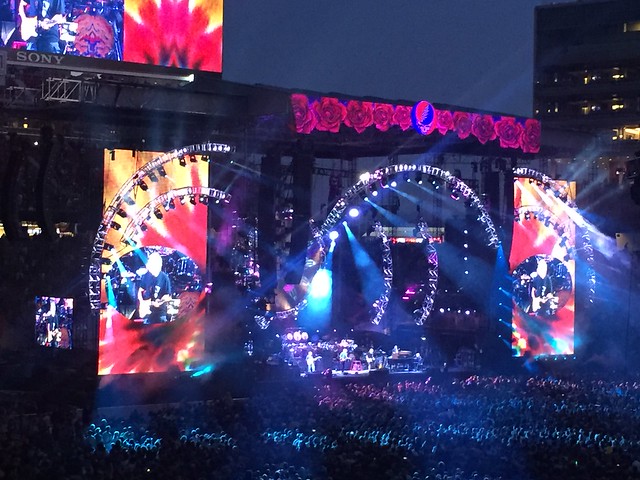 And a reunion of old friends. 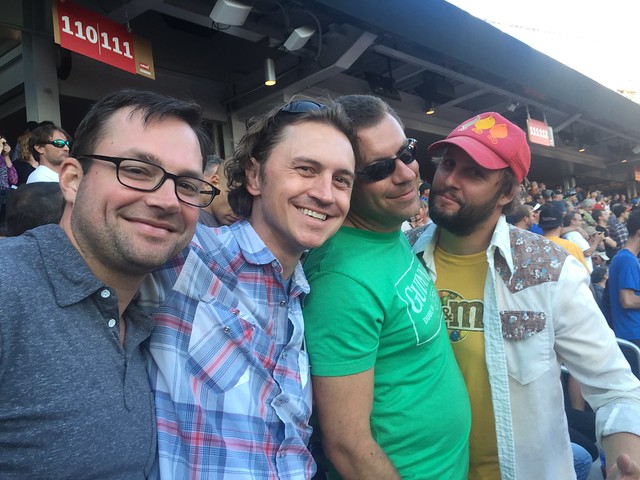 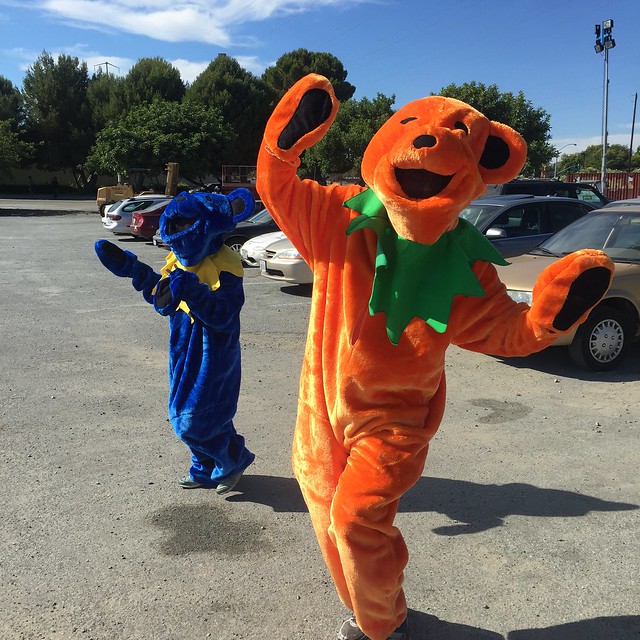 There's nothing quite like showing up to a concert's farewell tour with binoculars to let everyone, "I'm old, folks and I've pretty much given up."

Thankfully, though, there's also nothing quite like the perspective of getting older to help us stop caring what everyone else thinks.  I may be going to hell in a bucket, but at least I'm enjoying the ride, with my binoculars in hand. 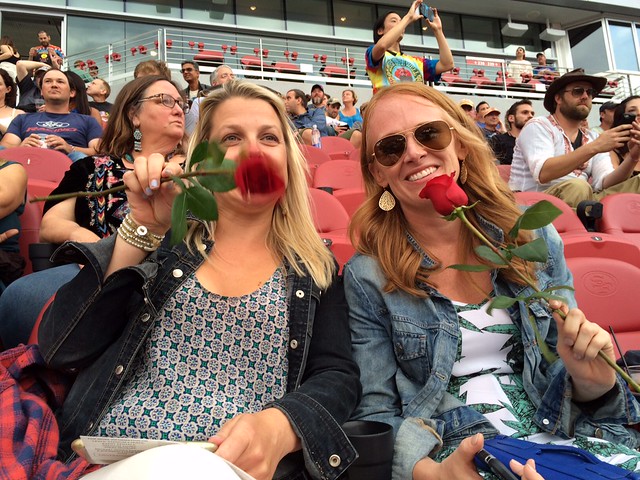 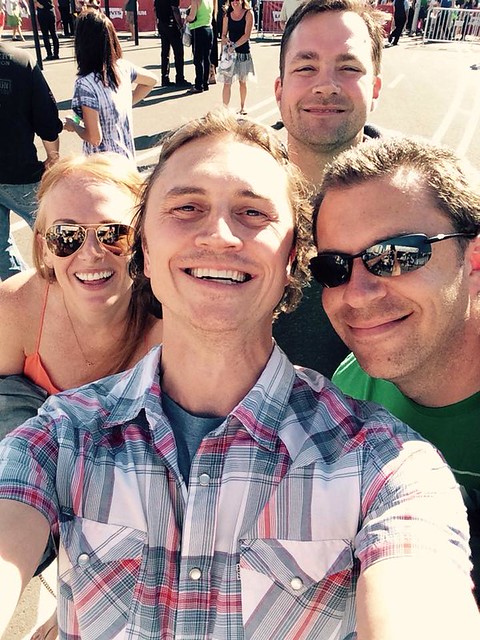