Day 110: Taking Anxiety to the Movies

I was so ready to put an end to this week, after Haiti and the run-in at the gym. The weekend could not have come soon enough.

Unfortunately Friday did not start off well, and I placed a call that I have never placed to my friend, and nurse, Maribeth.

"I think I just had an anxiety attack," I said.

"What?!" she said, "Wait, describe what happened." 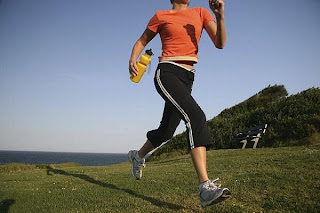 I told her that I suddenly was having difficulty catching my breath. I became unable to breathe out of my nose and when I tried to breathe out of my mouth, it felt like I was just sucking air and not getting any oxygen. I don't have asthma, but it was how I imagined a wheezing asthmatic sounded. Very scary, and somewhat like an out of body experience.

She asked me several questions like how long the episode lasted, and what I was doing when it happened.

Crying? True and weird. I don't know why. Running is cathartic to me and I've definitely become emotional when I run. The solitude, a sad song on my iPod, a horrible week, the bad news out of Haiti. I don't know exactly what triggered it, probably a combination of many things.

"Oh, Steph," she said sympathetically while laughing. "Okay, well you're going to need to take it easy. You can run. Or you can cry. But you clearly cannot handle both things at the same time."

The experience was not at all funny, but I found her diagnosis and subsequent treatment plan hilarious. Like pain pills and alcohol, I am not permitted to mix running and crying.

And then she said to call her if it happened again.

Determined not to let that horrible episode the only thing I'd done that I haven't done before, I also sought an after work activity that would make me feel like 2010 wasn't the worst year ever.
My friend Andrew and I decided to go to the movies. We went to see 'The Lovely Bones," a film based on the book with the same title. I tried to read the book several years ago, but the premise was so creepy and horrible, I put it down and never picked it back up again. Not necessarily an "upper," but whatever. I was along for the ride.
We were going to Fork and Screen in Buckhead and I was going to meet him there after I got off 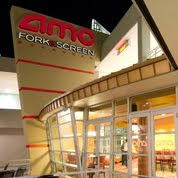 work. The moment I left, Andrew kept calling me asking where I was. This movie wasn't the most anticipated film of the year, so I found his impatience annoying.

I told Andrew to relax, but he kept telling me that seating was difficult at this place and I needed to hustle.

I've been to many movie theaters that serve alcohol, so that was not new to me. When we walked into the theatre room, though, I finally understood why he was concerned. There are fullsized tables and big chairs, so there isn't nearly the available seating that a regular movie theater has. Fork and Screen is like a restaurant that just so happens to play movies. Complete with a full menu, full bar, a wait staff and light up service buttons to press when you're ready for another drink or something to eat.

Like the little tables in pizza boxes to prevent the cheese from touching the top of the box, this was one of those, "Why didn't I think of that?! I could be a millionaire!" revelations for me. Fork and Screen is awesome.

The day did not start off well, but it ended on a high note with an entertaining movie in a very cool setting. I hope the trend of ending on the upswing continues in 2010.
Posted by Stephanie Gallman at 6:00 PM