Charleston, South Carolina is like my home away from home. I didn't grow up there, but many of my colleagues assume that I did because I talk about it so much. I lived there for a year after I first graduated from college and I miss it. A lot.

Lucky for me, I have an arsenal of people that I know and love that still do live there, so I visit often. Among them, several of my best friends from high school, my college roommate and my newly married brother and his wife. Many times, I don't figure out where I'm staying until I get there. 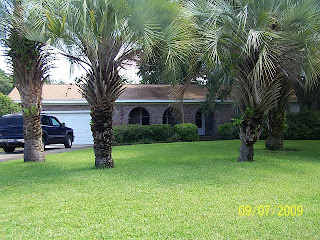 The weekend I was in Charleston for Mitch's wedding was not that kind of weekend. I mapped out my lodging plans well in advance because Day 84's thing I've never done before was to stay at my married brother's new house.

We talked about this plan over Thanksgiving, when I first hung out with Jeff as a married man. He seemed receptive, which was somewhat alarming, as he was not always so agreeable.

I recall several instances over the years when I told him I was coming to Charleston and the first thing he said to me was a variation of the same question, "You weren't planning on staying at my house, were you?"

This time was different. I called several days before my arrival just to make sure that it was still okay if I stayed there. "Yes, of course," Jeff said during our conversation, "I thought we already talked about it."

Following the wedding that I attended, I met up with Jeff, Katie and all of their friends at the "Friends of GPS Christmas Party," a party that started with a mere five participants that has grown over the years into quite a soiree at least 20 people strong. 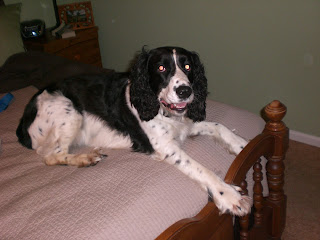 It would be a stretch to say that I was extended an invitation to the party, but just getting to join the after-party was enough to witness the extravaganza this party has become. Everyone was having a good time and we closed the bars down before heading back to the house.

Katie and Jeff's house is a 1970s ranch-style home that they bought from the original owners who were looking to downsize. It's in great condition, and in a perfect location, but was in need of some updates. I first saw the house during their wedding weekend, but since then, they've taken down wallpaper, knocked out a wall, repainted several rooms and the trim, and replaced some bathroom fixtures.

Between all of the improvements and the decorating, I was impressed.

Not shocked, though. My brother has lived in some pretty great places in his lifetime, and I've been to visit most of them. My favorite was a doublewide trailer in Murrells Inlet, South Carolina when he was in college. Not many guys out there can say they shared a doublewide with three of their friends, but my brother can. All of his places have been clean, as Jeff is a tidy person, but they were all full of mismatched furniture and strange decorations and all screamed, "DUDES LIVE HERE!"
When he bought a condo near Folly Beach, South Carolina, Jeff took a sincere interest in home improvement and carpentry. These interests manifested in several unfinished projects and several pieces of furniture made out of plywood. Something tells me now that he has a home and a wife, he won't rip carpet out of a room without plans to replace it or just let a hole in the bathroom ceiling exist at all for very long.

When we got back to Jeff and Katie's, the party continued, and I saw that owning a home hadn't really changed things. Late night was still allowed, and pretty soon Jeff and his best friend Trey were blasting Phish DVDs just like they used to at their beach condo on Isle of Palms. I remember thinking back to all of the other times I've seen this scenario play out at all of the other places that Jeff's ever lived. 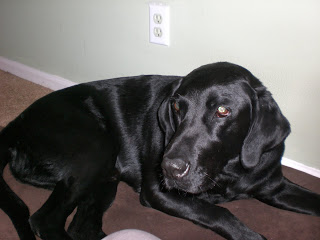 It was a chilly evening, so we considered breaking in the fireplace. Jeff retrieved a starter log from the hallway closet, and I thought we were going to have a nice cozy fire at the new house. Only he lit the starter log on fire and then went back to his DVDs. I don't think there was any other firewood to burn, and he never went in search of any. He may be married, he may be a homeowner, but he's still Jeff.
When it was time to go to sleep, I still had to sleep on the couch, but only because there were already people in the guest room. I've slept on couches, futons and floors at Jeff's houses over the years, but this time there were blankets! And extra pillows!
There may have been DVDs strewn all over the floor, empty beer bottles on the coffee table and every light still on when I woke up, but I was warm and cozy and didn't have an uncomfortable crick in my neck, so I'm going to call the night a dramatic improvement and an overall success. I like Jeff with a house.
It was lovely to take a shower in a clean bathroom and not have to go in search of something to dry off with, only to come back with a damp beach towel. Katie directed me to the hallway closet where I had my choice of new, clean and fluffy towels.

And Jeff's bed had a bed skirt on it. I remember my mom tried to give him a bed skirt for Christmas once and he looked at her like she was insane. Putting a bed skirt on a bed was simply too much for bachelor Jeff, but thanks to Katie, I have no idea what's underneath their bed now. 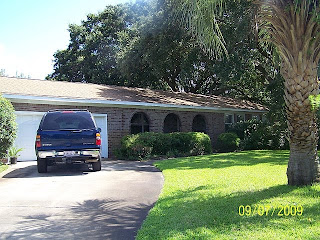 When I opened the cabinets to look for a glass, I was happy to see an assortment of matching glassware next to my brother's plethora of plastic cups he is always drinking from.
Jeff was still lying in bed, struggling to get moving when he grabbed his head and said, "I love the holidays, but I can't wait until they're over so I can get back to work on my house."

His statement made me laugh, but it also made me think. Like some of my other friends, taking wedding vows didn't really change Jeff, but owning a home certainly has. Instead of staying out all hours of the night and feeling like crap the next day, staying in and being productive has become a priority.

Before we left to go to lunch he showed me the attic and the backyard, where the latest improvement had gone down a couple of weeks prior, when they decided to have years of overgrown plants and bushes ripped out. The yard is now a blank canvas, waiting for Jeff and Katie to personalize it, or leave it a dirt pit for their dogs, Penny and Ron.
I'm anxious to see how else Jeff and Katie will update their house the longer they live there. But for now I'm glad to have a permanent place to stay with clean towels and matching glasses.
Posted by Stephanie Gallman at 11:18 PM