I woke up in New York and flew back to Atlanta. I was sad to leave Elise and New York, but got to see first hand that New York really is the city that never sleeps. At 7am when I'm in the cab on the way to airport there was a combination of New Yorkers coming home from the bars, and those opening up their shops for business. 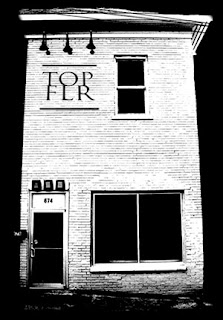 I returned to Atlanta the morning of my company's Christmas Party. Going to an office Christmas party was nothing that I haven't before, but I love social events involving co-workers because there is always the possibility of good stories (read: gossip) the next day. Just as long as I keep myself not the subject of those stories, I'd be all set.

I thought, and truly was making forward to making Day 76 the day I went to the Georgia Aquarium, since that's where the party was. The party was in one of the special rooms, however. The rest of the aquarium wasn't open. Bummer.

It was the first time I'd ever been to Top Flr (not a typo, that's actually what it's called), a hip, young restaurant in Midtown. My friend John suggested it and since I'd never been there before, I was definitely down. We had a drink and shared a pizza at the bar, which was made of dark wood and was gorgeous. The whole place was, really. I felt like I was in someone's cozy and welcoming house. John, who had been there before, said that there is a nicer dining room upstairs, but I liked where we sat. 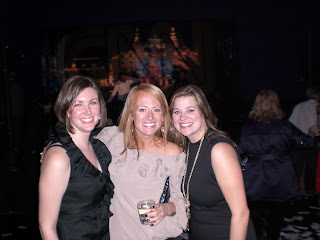 Despite not having free reign over the entire Aquarium, the party was very nice. And entertaining. And lucky for me, another thing I've never done before presented itself as soon as I walked in the door.
On the stage at the front of the room was a band setting up. I love cover bands and I love to dance, so this excited me greatly. Upon further inspection, however, we all realized that this wasn't any ordinary band. This was a karaoke backup band. That meant that instead of the animals at the aquarium, my colleagues, would be providing the evening's entertainment. And did they ever. 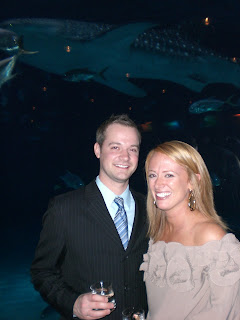 There were several highlights, including my friend Emily and one of our co-worker's wives performing a riveting, and energetic "Livin' on a Prayer." The most shockingly awesome part of the evening came in the form of a belligerent, profanity laden version of "Anarchy in the UK." Just like how I was the day before at F.A.O. Schwarz during the big piano performance, I was so stupefied, I just stood there, unable to grab my camera or speak a word. Someone much more clever than me left the following comment about the performance on Facebook the following day, "Nothing says Merry Christmas quite like the Sex Pistols!"

Indeed.
It was definitely a first. It was definitely awesome. It definitely confirmed that I would not be not be adding singing karaoke at an office Christmas party to my list of things I've never done before.
Posted by Stephanie Gallman at 8:00 PM