Day 77: Laughing (not really) All the Way

After Lisa and I went to the Christmas Tree Farm, we grabbed dinner at Taco Stand and she said would be down for more blog adventures the next time I needed a friend. I told her there were plenty of holiday options to accomplish in December: ice-skating, gingerbread houses, Christmas caroling.

I'm not sure how we came to the decision that Day 77's thing I'd never done would be to go Christmas caroling, but it felt like a good Sunday thing to do. We texted our friend Philip to come with us. Well, we didn't exactly tell him what we were doing, just that we wanted him to come.

"Don't make plans for next Sunday," the text read.

Philip texted me back, understandably confused. No less than 20 text messages later, he finally agreed to come hang out with Lisa and me, so long as our activities didn't involve moving. He actually said that via text message ("I'll do whatever as long as I don't have to move anything"). I meant to ask him what that was all about, assuming he must've had a moving horror story worth hearing, but I forgot. We figured if we got Philip to Taco Stand for a couple of beers, we could get him to come along with us for whatever we were going to do. 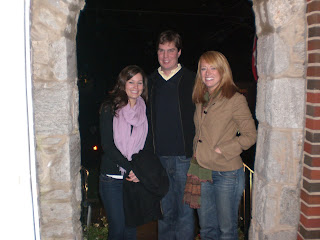 "No way," Philip said when I finally spilled the beans we were taking him to Christmas carol. "Are you insane?"

"Yes. You already knew this about me."

We continued eating and finished our beers, Philip still refusing to come caroling. He and Lisa both claimed they didn’t know any Christmas carols.

I pulled the lyrics to both songs up on my blackberry. Not knowing the words to the songs was not going to a viable excuse for getting out of singing. I found it sad that they both claimed to not know the words to songs that we’ve all been singing since we were kids. As my mom says in reference to the caroling trips we used to take as children, “if you need a song sheet for Jingle Bells, you probably shouldn’t be celebrating Christmas.”

Philip held strong that he would not go caroling. Well, then, what other “Christmasy” activity are we going to do, I asked. Lisa threw out ice-skating at the St. Regis hotel. It was expensive, but I said fine. I still wanted to carol, but I was outnumbered. Philip’s reluctance had rubbed off on Lisa.

We walked out of the restaurant, and I demanded that Philip ride with us, certain that if I let him drive his own car that he would ditch us. We rode over to the St. Regis, but they were already closed.

My plan was to go to our friend Andrew's house first. I figured the possibility of completely freaking Andrew out could possibly turn Philip's opinion around about this little excursion. 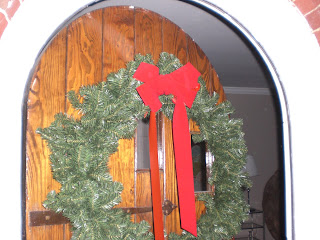 Philip said no. Andrew was on his way back from a not-as-fun-as-expected weekend in Birmingham. There was a good chance he wasn't even at home and if he was, our three faces were the last things he'd want to see.

I had in that time, found a miniature bell in my car from a wedding reception. I gave it to Philip and told him that he didn't have to sing, he could just ring the bell. He seemed to like it.

The next on our list of victims for the caroling were our friends Kyle and Greg. Their house was nearby so we headed straight there.

On the way, I felt like a frazzled, nagging mother with my two whining children in the backseat bitching and moaning in the back telling me they didn't want to go.

"We're doing it for the blog and you're going to like it!" I felt like screaming, but didn't.

Truth be told, I'm not sure Philip even knows I have a blog. Dropping that bomb might've been disastrous, so I left it out. 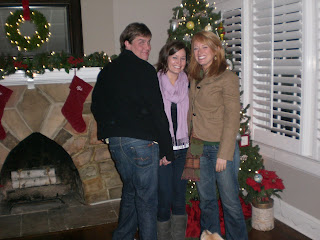 We arrived at Kyle and Greg's front porch and knocked on the door. Teddy, their dog, immediately ran to the door barking loudly. Greg, who likely caught a glimpse of stupid faces from down the hall opened the door. We immediately started singing and Philip started ringing the bell.
Greg bent down to deal with the dog and before I could even get to the chorus of Jingle Bells, he was gone, leaving us standing there mumbling the words to the song to a door that was cracked.

He eventually came back, but not before we realized that caroling was a bust. Actually Lisa and Philip seemed to know that caroling was going to be a bust from the start. I remained confident until this happened.

I think the trick here, and with any activity like this is full commitment. Every person, regardless of how silly the challenge is, has to be invested and ready to make it happen. With two less than eager participants, this plan was dead on arrival.

Caroling was not a success. Not even a little bit. But involving people in the blog that don't know about it was a great success. I'm already brainstorming.
Posted by Stephanie Gallman at 8:00 PM