Thanks to the cold sake, the brown liquor mixed drinks and whatever else, Thursday started out a bit painful. 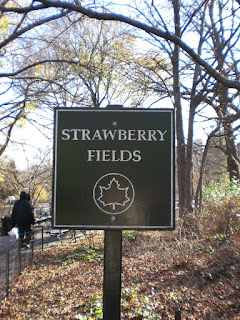 Nothing that the cold city air can't fix, though. And I was determined not to waste my time feeling sorry for myself. I was in New York! On vacation!
Like usual during all of these trips, Day 74 was a day full of things I'd never done before, include take a walk in Strawberry Fields, see the butterfly exhibit at the Natural History Museum and almost get stood up for dinner by someone I'd never met.
Strawberry Fields is a landscaped area of Central Park between 71st and 74th streets. It was named Strawberry Fields after late Beatle John Lennon, who was shot and killed in front of his apartment building at72nd and Central Park West. The area includes an Imagine mosaic and a Garden of Peace. I'm a Beatles fan, and a music fan in general, so I was glad I got to see this spot. It was lovely. And peaceful.
After grabbing some lunch at the Shake Shack, I walked to the Museum of Natural History and decided to go to the highly recommended Butterfly Conservatory. The exhibit is inside a greenhouse of sorts with more than 500 butterflies flying all around. Very cool. A butterfly landed on my hand while I was inside and stayed there for several minutes. I probably would've enjoyed it more if it wasn't so hot in there, but it was like stepping into the rainforest, and I was wearing a winter coat. Butterflies like things warm, I guess. 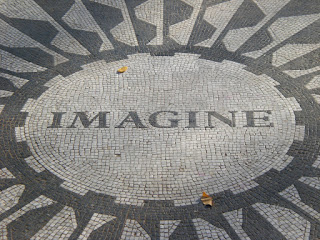 I walked by the famous Beacon Theatre, and decided that I must see the Allman Brothers there before I die. Maybe this year for the blog? Unfortunately the only acts that were playing there close to when I was visiting were Il Divo and the Jonas Brothers.
I milled around Columbus Avenue, grabbed a hot cider at the Magnolia Bakery (not the Magnolia Bakery, the second one), and walked up the Upper West side until it was time to meet a friend for dinner.
The friend was Gideon, and he and I met in 2008. We were employees of companies who worked closely together, so Gideon and I spoke daily about work. Just like any co-worker, we got to know each other on a personal level as well. I don't talk to some of my best friends everyday, but I spoke to Gideon at least once, often two or three times everyday for an entire year.
He knew about my family, my friends, when I was happy, when I was sad, and I knew about his. He became, over time, like my long-distance work husband. He talked me through breakups and when his mother died, I ached for him and his family as if I'd known her, and him, my whole life.
But I'd never even laid eyes on him. Not in person, anyway. 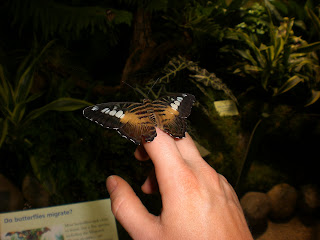 So of all the people that I wanted to see when I was in New York, Gideon was definitely one of the names at the top of the list. We exchanged emails ahead of my visit and we arranged to meet at a restaurant in Harlem near where he lived. I showed up there at 7:30pm, told the hostess I was meeting someone, possibly two people, took a seat, and waited.
At 7:45pm, he still hadn't showed up yet. I'm habitually late (not something I'm proud of), so I didn't think anything of it. I emailed a mutual friend of ours back in Atlanta.

"At what time," I wrote, "do I give up on Gideon and conclude that he's not coming."
"Gideon's a no show?" Devon responded. "That doesn't sound him."
I emailed Mountain Man, "I think Day 74's thing I've never done before might be 'get stood up.'"
The wait staff was starting to feel badly for me. They kept coming to my table and asking me if they could bring me anything. Finally I ordered a beer, still keeping the faith that he would arrive. I wondered if they thought I was on a first date or something. I guess I kind of was, only Gideon is engaged and getting married this summer. Plus our relationship was never like that. We were friends, like brother and sister. 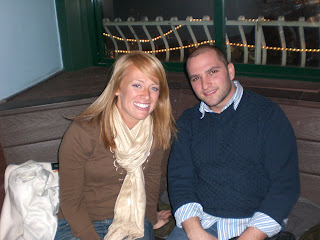 8pm rolled around and I tracked down Gideon's number and left him a message. Then I texted him. I refused to believe that he wouldn't show up. It just wasn't like the Gideon that I knew. I've been wrong about people before, but this one had me stumped.
Finally, at 8:15pm, I started to get worried that maybe something happened to him. But I decided I had occupied this table long enough. I paid my check and left.
Walking back to the subway, I was really bummed. Aside from not wanting to get stood up, I really wanted to meet my friend Gideon. While I was waiting for the train, I checked my blackberry and to my surprise, he had emailed me.
"Did you stand me up?" was all it said.
I thought he was jacking with me.
"What?! I was just there? Are you there?"
He told me to come back, and I did. Turns out he had been sitting at the bar for 45 minutes on the first floor, while I was sitting at a table on the second floor. I'm not quite sure how the hostess didn't make that connection considering we both told her we were meeting another person, but at that point, it didn't really matter.
It was Gideon! In person! We had a really good time catching up and esentially picked up right where we left off the last time we talked. Gideon's a teacher now, getting married this summer, so a lot has changed since we met. But he's still the dear friend that I met on the phone two years ago. Still giving me advice, still making me laugh. 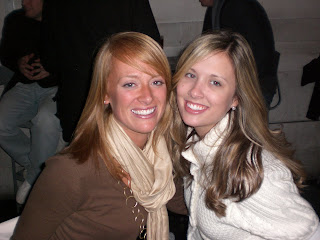 After Gideon and I separated, I picked up Elise at work and we headed to one of her favorite spots, 10 Degrees. 10 Degrees is a mellow little wine bar in the East Village. Elise, like Gideon, is a friend that I met at work. She and I actually started our careers in the same entry-level way and have supported each other through several moves in our company. Though I was sad when she left Atlanta for New York, the move has been great for her. She loves the city and is, no surprise, kicking ass at her job.

Another successful New York night down. I love this city!

Posted by Stephanie Gallman at 3:00 AM