On Day 149 I wore a dress and curled my hair for work prompting unexpected responses from co-workers.

"What were you up to before work?"

I didn't think my "look" was so over the top, but I made it a point to either start dressing better at work overall, or never wear a dress and my hair curly on the same day ever again.

Sadly, I didn't have plans at all that day.

In fact, I've all but given up on weekday activities anymore, after asking friends to hang out and getting shot down repeatedly. I'm fine with a "Sorry, can't hang out tonight," but the amount of fervor with which they've turned me down you would’ve thought that I asked them to drive to the worst neighborhood in Atlanta to smoke crack with strippers.

To be fair, my schedule is not the easiest to work with. Getting off at 9pm does not lend itself well to workday dinners and activities, especially if you have to get up early. But I’m just looking for a drink. Just one. 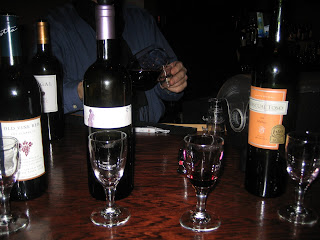 Instead of wallowing in my misery, my friend Katy encouraged me to celebrate my independence with my fancy dress and fancy hair and on Day 149 I went to a bar by myself as the thing I’ve never done before.

I mentioned my plan to several people and once again the overwhelming response, was, “You’ve never been to a bar by yourself?”

But it should’ve been, “No, alcoholic friends, I seldom drink alone and I prefer going to a bar with someone to talk to. Plus, I’m a woman. Alcohol plus solitude equals depressing safety hazard.”

And then I should’ve advised them all to check themselves into rehab.

I went to a neighborhood establishment, The Glenwood, which is now my new favorite place ever. This is the same place where I had the impromptu wine tasting back on Day 80 with my friend Melanie.

There was a little anxiety about going to belly up to a bar without the intention of meeting someone else there. I could sit wherever I wanted to and talk, or not talk to whoever was there.

But then the question of, “who would I talk to?” presented itself. Would I sit there alone, swirling the wine in my glass, staring into nothing? Or maybe that’s the beauty of going to a bar alone. Not having to talk to anyone? Would people pity me for drinking solo?

Just like every other time I’ve done something on my own for this challenge, no one cares about what I’m doing or who I’m with.

I sat at the beautiful wooden bar and studied the wine list with great intensity, hoping that I would remember something that the manager, who looked liked Al Pacino, but whose real name is Bill, taught me back in December.

I was lost, when out of nowhere, Bill appeared. I asked him if he remembered me and he said, "Of course." I wasn’t sure if he was telling me the truth, but then he said, “Where’s your friend? The lawyer?”

I laughed and told him it was just me this time, and that Melanie was at home. And then almost immediately, without even asking me what I wanted, he kindly took me on another wine tour.

I've said it before, but I’m ignorant when it comes to wine. I like to drink it, but when it comes to really tasting it and appreciating it for all its flavors, I’m a little lost. When I purchase my own bottles, I do so based on which wine has the coolest label. That is, until one of four reds that I sampled stood out among the rest. 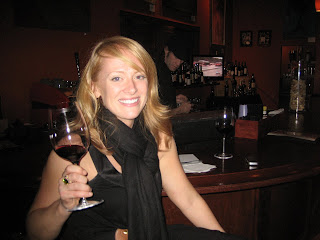 Thanks to Bill, and my first solo trip to a bar, I now have a favorite red wine, Rigal’s Original Malbec, something I’ve never had before. I haven't bought my own bottle or ordered it yet, but I look forward to the day when I ask a waiter, pretentiously, "Do you have Malbec? The Rigal Malbec?"

Bill is the biggest wine enthusiast I know, so I trust he wouldn't steer me wrong, but I truly have no idea where this wine stacks up on a quality list. As far as I'm concerned, Rigal Malbec could be the Pabst Blue Ribbon of wines, but I don't care. I love it.

Bill introduced me to my favorite wine and just like any good bartender, he handed out an ample amount of unsolicited but always needed advice too. "When you're ready to learn, a teacher will present himself," he told me.

"About wine?" I said, assuming he was talking about this evening specifically.

Not necessarily groundbreaking news, and maybe it was the Malbec, but when he said this to me, I felt like a light bulb went off. Suddenly a lot of the thoughts that had been creating noise inside my head were coming into focus. I thought I was a pretty open person, but even I had been failing to acknowledge what was right in front of me.

I paused to think that had I come to this bar with a friend, I doubt Bill and I would’ve had this conversation, which has really resonated with me, and is still making me think. Plus, after two wine tastings and his sound advice, I’m now calling Bill my friend.

So while I went into the experience flying solo, I wasn’t really alone at all.
Posted by Stephanie Gallman at 5:25 PM