There are dozens of email forwards that I've received over the years highlighting the characteristics of southern girls. Most of them are fairly silly, and play to outdated stereotypes, but two rules have stood the test of time as Southern Girl Code: 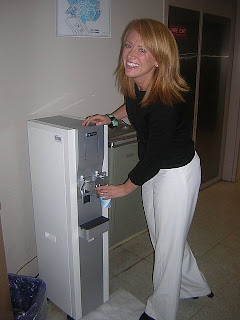 The first rule is less literal, more of an idea that my brother has helped ingrain into my head that when it comes to relationships, boys are supposed to be the aggressor. According to him, girls are meant to be chased and must play hard to get. I have definitely broken this rule. I have always regretted it. Dare I admit that I think my brother is right?

Rule number two is pretty straight-forward and a rule I've been following to the letter since I was a little girl. Following the first weekend in September, all white pants and shoes have to be put away and are not to be brought out again until after Easter. My friend Kyle works in fashion and she often acts as my unpaid, overworked stylist. She has told me for years that the Labor Day rule is no longer a rule, and that white is absolutely fine all year-long. I have allowed Kyle to talk me into many things (skinny jeans, even), but old habits die hard, and when it comes to white, I have yet to take her advice.

Until now. The Day #16 thing I haven't done before is wear white after Labor Day. 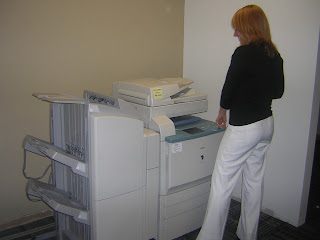 So once the decision was made to wear white, what should be worn with the white. Certainly not seersucker, or some pastel printed top. I mean, the white was taking a big enough step. I couldn't go full-on spring attire. It's October, after all, and even though it stays warm in the south well into the fall months, there are lines that even I won't cross. Even for this project. So I went with black. Black shirt, black shoes. White pants.

I was hoping that my friend, co-worker, and the master of all things southern, Emily would be at work to weigh in on me breaking the white rule. She'd be able to tell me if this rule was worth leaving in the past or not. But she had the day off! She doesn't even know (Don't worry, Emily, check out these J.C. Penney catalog photographs and let me know what you think).

As has been the case with many of these exercises, no one even noticed the white pants. Could it be that this rule is much ado about nothing?

Kyle, I'm finally on board with what you've been preaching and I'm working the white pants into my winter wardrobe. You were right, white is completely acceptable post-Labor Day. Until you tell me that it's not. 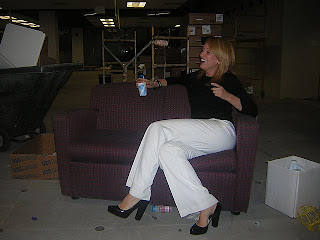