Several weeks ago I got an email from an old friend of mine, Tom. Tom and I knew each other in college, but had lost touch over the years. He found me on Facebook, and told me he had been reading Project 29 to 30.

I was happy to hear from him, and flattered that he is such a fan of the blog. 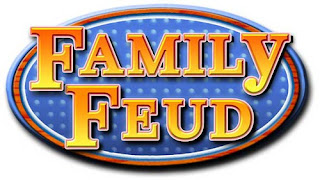 "I think I know who this guy by the water is that Psychic Rose is talking about," Tom's email said, "Minus the arrogance."
"Oh really?" I thought, intrigued.
"Yep," his email went on, “His name is (A), he's from (B), He works with my wife at (C), he used to (D) and has been in Atlanta for (E) years. He is (F), and I'm not sure if that is a problem for you or not, but he's a great guy and I really think you two would hit it off.
I kept reading, "Oh, and he was once on Family Feud. I've seen the video."
Hold. The. Phone.
I had to read it again, several times actually, to make sure I was reading what Tom wrote correctly. I emailed him immediately back.
"Tom," I wrote, "Great to hear from you. Thanks for reading the blog. Obviously, I do not care about A, B, C, D, E, or F. In fact, this guy could be addicted to crack and I probably wouldn't care. If he was on Family Feud I have to meet him."

My date, "FF," and I met for dinner at Top Flr, a great place I had been to before, but never for dinner. I was as nervous as I always am for any blind date, but also excited to find out about the Family Feud. Like weirdly excited.

We talked about a lot of things, most of it usual date stuff: our jobs, our families, PT Cruisers. He was interesting, smart, all of the things that Tom said he would be.

All of this conversation, which was flowing quite naturally and nicely, was all building to what I was dying to know.

And when I could wait no longer, finally I said, as lame as ever, "So, Tom tells me you were on Family Feud."

He laughed. Clearly this wasn’t the first time he had to answer questions about his game show 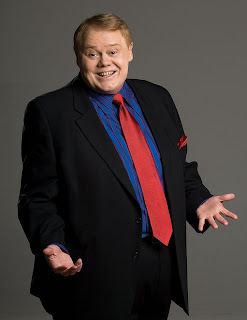 experience. If he was annoyed about talking about it, he didn't let me know. I was thankful for that, and thankful that while pleasant when recounting the experience, he wasn’t over the top proud of it either. That would’ve been weird, I think.

He explained that his little sister was the one who got his family on the show. I immediately wanted to meet her too, certain that she was awesome for having such a great idea and executing it.

Before he knew it, he said, FF and his entire family were flying to Burbank, California, to meet Louie Anderson (who is extremely unattractive, he confirmed) and play the Feud. Being on a game show was as cheesy as one might imagine, he said, and just like all of television, not as spontaneous as it appears on the screen. There were a lot of “redo’s” when the teams didn’t react like the director wanted. Unfortunately FF’s family did not win and never got to play for fast money, but enjoyed the all expense paid trip to California.
I am a little sister myself and I wondered if I ever wanted to put my family on a game show if they would play along as willingly as FF's family had. I know my mom would, and my sister-in-law Katie would probably too. My dad and brother, on the other hand, would likely not go for it.
I’ve said repeatedly this isn’t a dating blog, and it’s not, so I’ll have to leave you all in suspense about how it turned out with FF. Plus, the first wasn’t really about the date, it was about the Feud. The Family freaking awesome Feud.
Posted by Stephanie Gallman at 3:00 PM