My friend Mo loves to win. He loves it.

Lucky for him, he wins a lot. I joke that he may be the luckiest person that I know because he's always winning raffles, contests, friendly competitions. He is a die-hard Florida Gators fan (I know, I can't believe we're friends either), so he's used to winning.

He has even turned getting tagged in Project 29 to 30 into a competition at work, a competition that he is now winning among our colleagues. 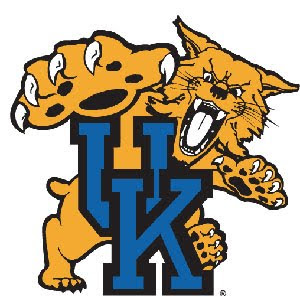 Mo also loves to bet. On everything.

When our colleague was having a baby, Mo started the baby pool on when the baby would come and rather or not it would be a boy or a girl.

I was not surprised when one of his suggestions for the blog was for me place a bet in one of his off-shore betting accounts. Quite frankly, I have no idea what that means and there is a good chance "off-shore" means "illegal," but since I was going through his account, he assured me he'd take the fall if anything happened.

Day 172 was the first day of the NCAA Men's Basketball tournament, it felt like the right time to place this bet as the thing I've never done before.

Mo told me to do research, and not just pick the team with the best name (Gonzaga). He knows me too well.

"Research" for me meant asking the men in my life.

So I started with Justin, who printed an empty bracket so I could see who was actually playing. He also printed a copy of President Obama's bracket, just in case I wanted to seek the advice of the leader of the free world.

I had to look twice when I saw "Wofford" on the bracket.

Wofford is a small school in Spartanburg, South Carolina. Several of my brother's best friends went to school there. This year would mark their first ever appearance at the tournament and their chances of winning a game were slim, much less going all the way. 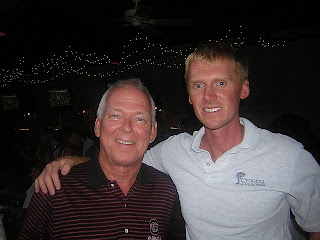 Still, wanting to pull for my home state, I considered Wofford.

I even emailed my brother's best friend Trey, who graduated from there.

"Do you think it would be a mistake to bet on Wofford to win it all."

My dad, seemingly unaware that I was kidding, was not as amused.

"Should I bet on Wofford going all the way?!"

Dad and I continued our conversation and I told him that I was placing my first real-deal bet for the blog. I asked him who he thought was going to win.

He was as conflicted as I was.

"I really don’t know who I would bet on. Ohio State is a 2 seed but don’t know if they can run the table. I hate Duke and Kentucky so they are out," his email read.

A lot of that, "seed" and "run the table" was foreign to me, so I honed in on the last thing he said.
"Why do you hate Duke and Kentucky," I asked him.

His response simple, honest, and hilarious, "Probably because they have obnoxious fans. They are like that because they win too much."

Just like many South Carolina fans who have been tarnished with years of disappointment, my dad hates teams that win.
My brother Jeff wasn't much help either. He also advised against Wofford, though he thought the suggestion was humorous.

I wasn't getting a lot of direction from the men who know this stuff the best. There wasn't one clear favorite. Well, actually there was, Kansas, but that was just according to all of the sports guys and what do they know anyway. Kansas didn't even get out of the second round.

When I made my decision, I emailed Mo.

"Kentucky. I think. I keep going back and forth between them and Syracuse. This feels right-Kentucky's cheerleaders are better and hotter."

Mo emailed me back, "Are you sure? How much do you want to bet?"

I wasn't sure about any of it. Which team? How much money? Do people do this regularly? I was getting an ulcer.

Finally, after a few more exchanges with Mo and some more agonizing on my own, at 10:25am 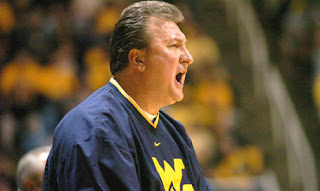 on Thursday, I made my final pick.

I sent an email to some friends, including Stephen, who graduated from Kentucky. I let them all know that my decision had been made, and I was voting on his Wildcats to go all the way. I also told them that naturally, if they didn't, then it would be all his fault.

In the quarterfinals, the Great 8, I believe it is called, Kentucky faced West Virginia, the team that Mo had picked to go all the way.

I wasn't with Mo, I was in Charleston with my family watching the game.

My dad, in a last minute decision, picked West Virginia in his bracket so we found ourselves rooting against each other. We cheer against each other every fall when Georgia plays South Carolina, but this time there was more than bragging rights at stake here. I had money on the line.

The game was close for a while, but West Virginia slowly began pulling away right before the half, nailing 3-pointer after 3-pointer. Kentucky couldn't stop them, and they couldn't get it together.

So I did what any sore loser would do: I chastised my dad for rooting for such a low-life team like the Mountaineers.

"They're all a bunch of thugs!" I shouted at him. "I can't believe you'd root against the SEC! It's like I don't even know you!" 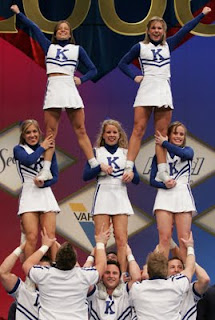 For the record, there seemed to me an equal amount of thugness coming from my team's bench too, but the fact that West Virginia's coach didn't wear a suit to the game really rubbed me the wrong way and was just another reason for me to hate them.

I've mentioned many times that I'm not a super-competitive person. That is, apparently, until there is money on the line. I was so upset that I was going to lose my first bet I could've made Day 182's thing I've never done before, "Gave a shit about Kentucky basketball."

I lost $50, which isn't a huge deal in the scheme of things (easy for me to say, since I haven't actually paid Mo the money I owe him). But I also lost my ability to control my emotions over two teams I don't care about, so I think I'm going to leave the betting alone for now.

I know a lot of people who place bets to make otherwise uneventful sporting events exciting for them to watch. I have no trouble finding enough things to work myself up about. I don't need this kind of excitement (read: anxiety) in my life. Plus, I don't have the disposable income to lose all of the time, and I'm not lucky like Mo. I'd go broke.

Duke went on to win the NCAA tournament, beating Butler at the last second.

But Kentucky's cheerleaders are still better. And hotter.
Posted by Stephanie Gallman at 1:52 PM