Besides proving to myself and others that I could ski, one of my favorite parts of Day 159 was going to a nice dinner, catching an early buzz, and going to bed before midnight.

I've done all of the aforementioned things before, but I'm telling you about the second part of Day 159 because it’s awesome. And because I think I could use you for market research. And the date and time stamp, I think, could serve as proof that the five of us came up with this idea before anyone else. I consulted half of the vested parties as to whether or not I should even share this gold mine with my blog audience, but since my audience is limited to my mom (Hi Mom!), my dad (when he remembers to read, which is once every couple of weeks. Hi Dad!), and a handful of others, I figured I'd be safe to tell you. But I swear if one of you steals this idea and tries to pass it off on your own, I will sick my lawyer Melanie on you and make sure you regret it (Melanie, you're now my lawyer, ok?) 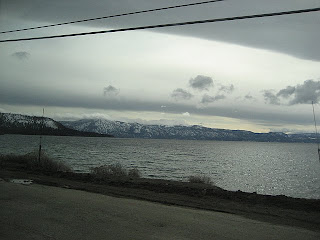 During our meal at Spindleshanks, which was delicious, we did what I can only assume all skiers do at night: they talk about how awesome they were on the slopes that day. Only in our case, it was more like recalling all of our mishaps: my leap from the ski lift, the multiple yard sales, and the general inexperience and fear coming from Elizabeth and me.

Since she and I spent time on slopes with younger skiers learning to ski for the first time, Elizabeth and I had to wonder if dealing with kids at a ski resort is a drag for more experienced, adult skiers.

Question: Are there skiers out there who would prefer an adults-only ski resort?

Answer: Hell yes they would!

And that is how our idea for a Sandals-style couples ski resort (aka the best idea ever) was born.

Maybe it was a sign of our physical exhaustion, possible dehydration, or complete stupidity, but once the conversation began, there was little any of us could do to stop it. We dove into this idea head first, embracing our ingenuity with open arms.

"And we should call it ‘Boots,’" I said. You know, like Sandals? But, Boots? Genius.

The table erupted in laughter and we continued brainstorming other perks and attractions couples might enjoy at Boots. Heart-shaped hot tubs, candle-lit night skiing, comedy clubs (Laugh your Boots off), discos (Boot Scootin Boogie), anything a couple could possibly want to see or do on vacation.

Like the Hard Rock Cafe, there will be Boots all over the world. Twelve-year olds will beg their parents to bring them back a t-shirt from as many of our resorts as possible. The more obscure (Boots, Mongolia), the better.

Kristof, a business-minded individual who grew up skiing alongside his parents and brothers and sisters, pointed out that skiing is a family activity. A ski resort for couples might not have the widespread appeal we are anticipating. Though his suggestion was somewhat sobering, we appreciated his ability to see flaws that could potentially derail our plan. 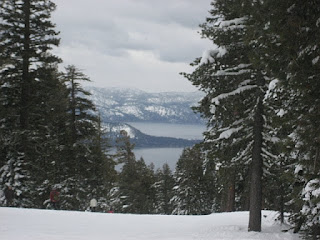 True, most people are taught how to ski by their parents. And anyone who skis well probably isn’t spending time on the green runs with Elizabeth, me and the kiddos anyway.

But maybe couples don’t think they want a couple’s ski resort because they don’t know that there is such a thing. We will give them what they don’t need and probably don’t want and we will make them love it.

I haven't really run this idea by my business partners, but in my head, Kristof is the CEO of Boots. Chris is the Financial Director, Cynthia is the Vice-President of Marketing, Elizabeth is the Social Director, and I'm the Spokeswoman/Chair Lift Operator (just because I want to make chair lifts more like carnival rides, less lame like they are now.)

There are still a few minor details we still need to sort out, like where we're going to put the first Boots resort, or, and this is probably most important, how we’re going to pay for it.

But still, a kid-free romantic couple’s ski resort? Named Boots? Don't tell me this isn't the greatest idea you've ever heard.
Posted by Stephanie Gallman at 11:51 AM