On Day 250, my friends Dan and Karen generously invited me to their rehearsal dinner the night before their wedding.

What made this evening so special for me was not the high school reunion that it became for me, since a lot of my oldest 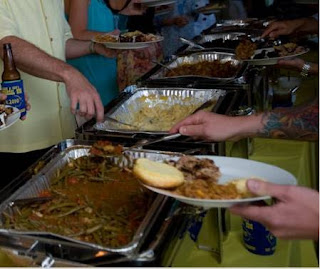 friends made the trip from South Carolina for the wedding, or that Dan and I have known each other since elementary school and here we were, 20 years later on the eve of his big day.

Yeah, all of that stuff was great, but what made this evening particularly special was that the dinner was catered by Fox Brothers Barbecue, which is quite possibly the best idea for a rehearsal dinner ever.

Fox Brothers Barbecue is an Atlanta favorite, usually ranked pretty highly on lists of great places to eat in the city, and certainly on the "best of" lists for barbecue. It's also one of Dan and Karen's restaurants. In fact, they told me later that choosing the menu for the rehearsal dinner was one of the easiest wedding decisions that they made.

If the Tominator sounds aggressive, it’s because it is: a heap of tater tots, covered in melted cheese and Brunswick stew. 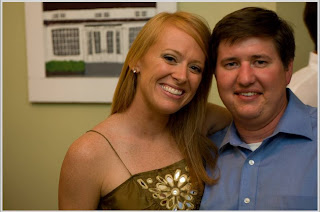 inator for their menu, because despite having been to the restaurant several times, this glorious concoction is one of the few Fox Brothers' specialties that I hadn't tried. No surprise then, that eating it for the first time became Day 250's thing I'd never done before.

Merely writing these ingredients evokes several statements, exclamations even, from me, and I’m sure it does you too.

“Yessssssssssss! What an awesome idea!” (I know!)

“Ugh, that sounds like too much of a good thing.” (There is no such thing as too much goodness, especially where tater tots are concerned.)

“Why didn’t we come up with that? When can I try it?” (I don’t know, because we’re idiots. Whenever you want, I’m always game.)

“Damn, I wish I lived in Atlanta.” (I completely understand; come and visit me and I’ll take you there.)

I scooped some of th 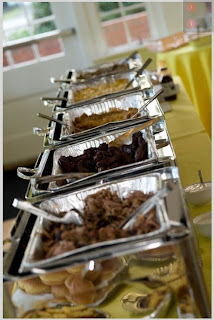 e Tominator onto my plate, and had to chuckle that I was scooping it from a perfectly refined sterling silver chafing dish, as if to say, “We may increase our chances of clogged arteries, but dammit we will do so with a little bit of dignity and class.”

When I took a bite of what was the equivalent of the best damn tater tot casserole ever, I found it to be every bit as wonderful as you might expect.

I couldn't eat a lot of it, but the portion that I tried was enough for me to fully understand the culinary genius of the Fox Brothers. The only reason I didn't dive head first into the chafing dish to finish off every last bit of the Tominator is because I was wearing white pants. Plus I knew if I ate too much I'd have to take a nap, and there was still lots of post-rehearsal dinner fun to be had (including me running through the streets of Decatur without shoes on.)

A frequent wedding attendee, I have, over the years, found that a direct correlation between tasty wedding food and successful marriages does exist.

Bad food, not enough food or places to sit = questionable

If the same is true here, then Dan and Karen, I’m going to predict a happy, everlasting marriage for you both. Because nothing says “lifetime of happiness” quite like the Tominator does.
Posted by Stephanie Gallman at 6:00 PM