Day 233: Another Trip in Exile

Way back when the blog first started, I traveled to Palm Springs, California to see one of my favorite bands, Phish, at a Halloween festival, Festival 8. Remember? I dressed up like a strawberry? Those of you who are new to the Project 29 to 30 party should go back and read about that adventure here.

Among some of their great performances that 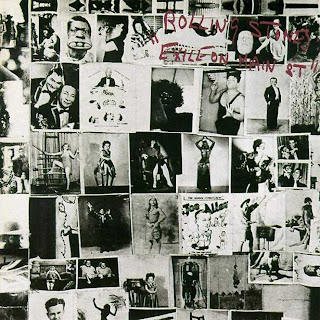 weekend included their Halloween show where they covered, in its entirety, Exile on Main Street by the Rolling Stones. I wasn't overly excited about this album, because I was only familiar with a few songs. But the choice was spot on, and Phish played the hell out of it.

Fast forward to the weeks ahead of Day 233, this album kept popping up in the news and I had no idea why. Simply hearing "Exile on Main Street," took me back to that festival and drummed up a lot of memories and emotions associated with the amazing weekend, and subsequent trip, but I couldn't figure out why I kept hearing about it. Why now?

"What's the deal with Mick Jagger and the Rolling Stones?," I texted some of my most knowledgable music fans. "Is there something going on that I don't know?"

Each person that I text messaged sent me more or less the same response: The Stones were re-releasing Exile on Main Street with ten bonus tracks and a documentary about the making of the album. The media blitz that included television and radio interviews and magazine covers, plus a complete week on Jimmy Fallon, was all to promote the new/old album.

Watching some of the band interviews, reading articles about the re-release introduced me to the album that now means a lot more than simply, "that album Phish covered at Festival 8."

Day 233's thing I've never done before was to buy an album the day it was released. The album, Exile on Main Street, just so happened to also be the first re-released album I ever bought, and definitely one of the first CDs I've bought in years.

I heard Phish sing it on Halloween, but there's something about the original that can't be beat. I love it.
Posted by Stephanie Gallman at 12:00 PM