The morning of Day 228, I woke up with a better attitude than I had gone to bed with.

But after the second round of Multi Max and Carrot juices, I sent Katy a text message. 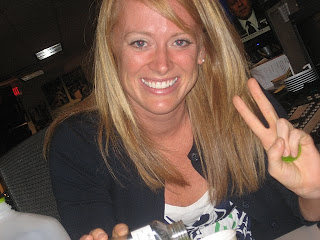 I don't like to think of myself as a drama queen, but I once told Katy that I was so tired that I was pretty sure I had mono, so I pictured her on the other end of that text message laughing and shaking her head at my theatrics, certain the first day of the juice cleanse couldn't have been so bad.

And to be honest, before trying it myself, I would’ve thought the same thing. But with just one day down, and still two more to go, I doubted my ability to make it out alive.

Not eating solids wasn't the problem. As I told everyone that would still talk to me despite my sour attitude, I would’ve rather not eaten at all than had to have endured the taste of the juices. To me, they were that bad.

They were not, as Arden's Garden guy said, "A little weird." They were terrible.

I got through the first few rounds at home and went to work, just as I'd done the day before. Lunch (Apple Juice) was delicious as always, and gave me a small sliver of hope.

A few hours later, when facing my nemesis—the mid-afternoon Multi Max snack, I decided to get creative. 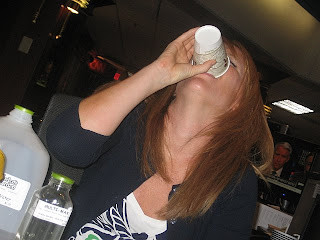 Arden's Garden doesn't care how I'm drinking the drinks, just that I'm drinking them. Right?
So I went to my company's break room and gathered up handful of water cups and went back to my desk.

Day 228’s thing I’ve never done before was to take shots at work.

Wait, didn’t I just say that I wasn’t a drama queen? I realize all evidence is pointing to the contrary, but at that moment, I believed that drinking these juices hard liquor style was the only way.

Right before getting started with this utterly ridiculous, but seemingly necessary approach, my friend and co-worker Devon turned the corner to see me sitting behind my desk, with a stack of Dixie cups lined up in front of me, and one in my hand, one fourth full.

"What are you doing?," he asked, sounding both disgusted and amused.

I looked at him, pleading with my eyes for him to understand, and said, "I'm shooting these horrific juices. I have to."

Before I could wait to hear his response, which he was already wearing all over this face, I shoved my camera in his hands and said, “Here. Take pictures.”

The experience was sad on many l 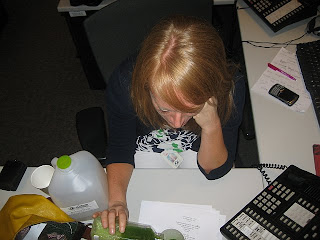 evels. Looking into the bottom of those cups was like looking into the barrel of this horrible decision and realizing I could fail, or that maybe I’d already failed. I felt sad that I was this depressed about drinking juice instead of eating real food and sad that this cleanse hadn’t really rid me of anything except for my will to live.

And really sad that I’d always wanted to take shots at my desk. Just not like this.

Once again, I never made it to Salad in a Glass and I went to bed almost immediately when I got home, knowing that I couldn’t be awake in my house with grapes and not have a complete meltdown.

I fell asleep fast, thankful Day 2 was done, and that I only had 24 more hours to go.
Posted by Stephanie Gallman at 3:00 PM