Since given to me on Christmas in 2006 by my then-boyfriend Mark, my iPod has become one of my most prized possessions. The gift on its own was generous, but what made this iPod so special was that Mark took what I can only imagine was an extremely long time to download music onto it, so I was ready to go right away.

And when I say he "downloaded music," I mean Mark tracked down every single album that he and all his friends ever owned and put them on this iPod--close to, I'm not exaggerating, around 7000 songs.

I've added quite a few albums of my own since he gave it to me, bringing the total number of songs to 8584.

I have no way of knowing for sure, but of those 8584, I'd probably listened to no more than half of them. Because while completely appreciating Mark's selfless act of filling the iPod with his music, I confess I usually end up scrolling past many of the artists and songs I don't know to get to the ones that I do know and want to hear right away.

But that was about to change. Because on Day 222, I opted, on my way to Charleston, South Carolina, to put my iPod on shuffle as the thing I've never done before and listen to whatever song popped up. Regardless of how terrible. For the entire time.

I imagine half of you are rolling your eyes, shaking your heads at this "new" thing that I did as being lame, and not hard to do at a 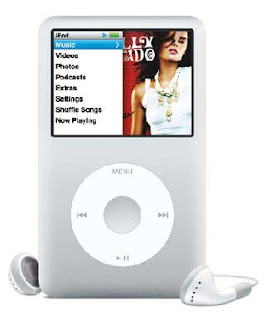 ll. That's because you're in the camp of people who listens to your iPod this way all of the time. Well yea for you for downloading everything onto your iPods yourselves. Congratulations for knowing every song that exists, who sang it, what album it's on and when the last time was that another band covered it. I'll bet you don't even have a favorite song because you like every song the exact same. Yippee for you.

I do not like every song on my iPod because I don't even know 70 percent of the songs on it. My music taste (or lack thereof, depending on who you ask) spans all genres. Rarely do I ever even know the names of songs or who sang them. But I like new music, so here, I thought, is my chance to hear some of these songs that Mark thought I should've listened to three years ago. Time to shuffle.


I started my car, docked the iPod, and selected "Shuffle Songs," leaving my road trip soundtrack to the iPod Gods.

Song #1 - Joni Mitchell, Conversation. I love Joni Mitchell, but she usually makes me feel very melancholy, so I rarely listen to her. I wouldn't classify this song as the greatest road trip song, but it was ok. Not a bad start.

Song #2 - Modest Mouse, Breakthrough. I'm not a huge Modest Mouse fan, and this song didn't do anything to change that opinion. I hear they're good live, but I honestly don't see how.

Song #3 - Michael Franti, Crazy. Crazy. Crazy. Michael Franti is awesome, and I decided, after this one, that I needed to listen to him more. He puts me in a good mood and I was starting to get that road trip, on the way to Charleston feeling. Wheeeee!

Song #4 - Phish, Driver. I think my feelings about Phish have been made well known to anyone who reads this blog, but this definitely isn't one of my favorites. Not bad, though, and "Driver" seemed fitting for the occasion.

Song #5 - Donna the Buffalo, Blue Skies. I'm embarassed to admit that I've skipped over Donna the Buffalo since receiving my iPod, but since hearing this song, I've gone back and listened to every track I have by the band. They are fabulous, and I hope they play near me soon so that I can see them live. 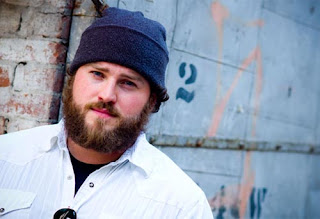 Song #7 - Zac Brown Band, Chicken Fried. If Mark is reading this, he's banging his head on the computer, because I'm pretty sure he wouldn't want to be associated with any iPod holding songs by Zac Brown. Yes, this download was all me. And I think you're all starting to see what I mean by my vast music taste, or lack thereof.

Song #8 - Ricky Skaggs, A Simple Life. Great song, beautiful lyrics. Ricky Skaggs is not someone on paper that I would've thought that I would like, but Mark introduced me to him and I'm glad.

Song #9 - Creedence Clearwater Revival, Hey Tonight. Unbeknownst to me when I saw the name and artist pop up, I knew this song. I just never knew who sang it, or what it was called. And before Day 222, I most definitely would've skipped it. But I like it!


Song #10 - Trey Anastasio, Small Axe. A nice way to round out the top ten first songs on the iPod. Love the horns.

Out of the first 10 selections, I knew six of them, which surprised even me, even though its my iPod. But I felt good about it, and I was starting to think that relinquishing my reign on the music choices wasn't going to be so hard.


I will spare you my thoughts on every song, because the trip to Charleston takes almost five hours and that's a lot of music, but here's the rest of the playlist:


11. This American Life, A Teenager and his Dad, (I was turned on to NPR's "This American Life" in college and have downloaded several "best of" albums from the Ira Glass collection. What was good about this one coming up in shuffle is that this selection was 24 minutes long, so it took up a chunk of the trip.)

17. Led Zeppelin, Moby Dick (I'd heard this song dozens of times at least, but never knew what it was called. Now I know.)

21. Trey Anastasio (with Dave Matthews), Thank You (this is one of the songs that I've actually seen performed live at Jazz Fest in New Orleans in 2005, so it had special meaning for me. I got a big smile on my face when it came on.)

22. Tenacious D, The Road (this song is ridiculous) 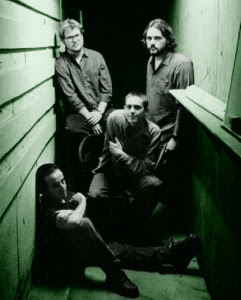 Right around here was when I started to unravel a bit. Not because this song is particularly terrible (it is slow and depressing in a way that makes me want to lie in my bed and sob), but I really just wanted to listen to what I wanted to listen to. I was done leaving the musical selection to chance.

This exercise is really about control, at least it was for me. I'm not a particularly controlling person, but I had to sit on my hands not to scroll to the next song sometimes. I felt myself wanting to manipulate the game, deciding that if I hated the song, I could change it after five minutes. I didn't, but I really wanted to. Luckily the next song saved me.

28. The Contours, First I Look at the Purse (this song is awesome and I could listen to it everyday.)

32. Toad the Wet Sprocket, All I Want (this was another download of mine, and reminds me of high school. In the best way.)

33. Elton John, Sacrifice (this song made me doubt rather or not Mark ever really loved me. Why would he download a song onto my iPod that would make me want to run off the side of the road and die? This song is exactly five minutes and seven seconds long. I know because I listened, and hated, every note of it.)

41. Natalie Merchant, River (my sister-in-law Katie called me while this crap-filled song was playing, adding to the already long list of what reasons why I love her. I used to love 10,000 Maniacs, but for some reason Natalie Merchant by herself makes me want to claw my eyes out.) 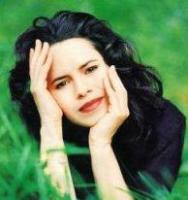 51. Michael Franti & Spearhead, Feelin' Free (I was feeling free at that moment, and so ready for the weekend, so this song was appropriate, and it was the second to last song that I heard.)

The final song was definitely one of my favorites, by one of my most favorite bands. It was nice to cruise over the Folly Beach bridge to My Morning Jacket singing, "I Needed it Most."

Fitting, too, because getting acquainted with my iPod was something that after three years, I needed to do. And I did.


I wouldn't say that I will make a habit of letting go of the iPod reigns all of the time, but I could stand to familiarize myself with the great music I already have right at my finger tips. But when I want to hear Tina Turner, I'm scrolling ahead. Sometimes I just can't help myself.
Posted by Stephanie Gallman at 10:00 PM