Even though this happened a couple of months ago, it feels appropriate that I'm posting it on Thanksgiving. Happy Thanksgiving to all of my blog friends!

I have a love/hate relationship with social media.

On one hand, Facebook is a fun way to stay in touch with friends who live far away, and catch up with people I haven't seen in a long time. On the other hand, it's a scary way for people to keep constant dibs on me and be forced to endure the painful "updates" on just where everyone I've ever known stands on issues from their best Thanksgiving Day recipes to health care reform.

Of all of the different social networking sites, I was the most reluctant to join Twitter, because it just seemed like a marketplace of nonsense, where a bunch of weirdos come together to share the most intimate details about their lives. I held off as long as I could, until it became absolutely imperative for my job that I join. Having been connected for over a year now, I've accepted and embraced these sites, realizing social media, especially Twitter, is probably here to stay. It's not just what the kids are doing, it's not a fad. Get on board, or get left behind. 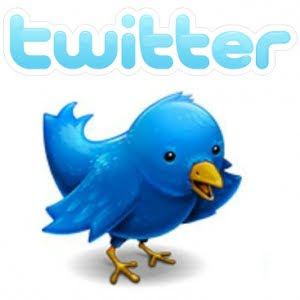 Don't get me wrong, I haven't totally gone to the dark side. I'd much rather talk to someone on the phone or in person than "tweet" them or text them. And I recognize Facebook and Twitter make stalking socially acceptable and are therefore breeding grounds for crazy people, but I try to focus on the value in instant communication and not focus on the wackos.

And, as much as I hate to admit it, Twitter really is fun. It's where witty, sarcastic, intelligent people who are good at expressing themselves in 140 characters or less come to entertain and inform.

I have loved Paula Deen since the moment I knew who she was, how much she loves butter in her recipes, and how she says (in the greatest southern accent I've ever heard) things like, "Y'all this is so good it'll make your tongue want to come outta your head and slap your brain." I had a feeling she'd be a hilarious person to "follow," and I was right.

I don't remember what she "tweeted" on Day 304, but it tickled me enough to respond with a tweet of my own. I wrote:

And then I went back to doing what I was doing, pretty sure that like most of the things that come out of my mouth, no one was paying attention to what I was putting out on Twitter.

I was wrong, though. Someone was paying attention.

Within minutes of sending my own tweet, I got a message from Paula Deen herself:

@sgallman You are sweet. How far have you gotten on your 365 new things?

Me: OMG, Paula Deen just talked to me on Twitter!

Hi @Paula_Deen! What a nice surprise! I'm on Day 304, leading up to my 30th bday. Anyway I could come cook with you? I've never done that.
And then I waited for her response. As crazy as it sounds, I think I actually thought she might agree to my request. I mean, I realize it's far-fetched, but stranger things have happened. She's in Savannah, I'm in Atlanta, it's not that unreasonable. Or maybe it was. Because all I heard back was silence.
@Paula_Deen, who for all I know could be the real Paula Deen's assistant or some creepy dude posing like Paula Deen, never Tweeted me back. And I was bummed. First Kelly Ripa never responds to my fan letter and now Paula Deen tweets me once and then never follows up? I'm 0 for 2 in on celebrity meetings this year. 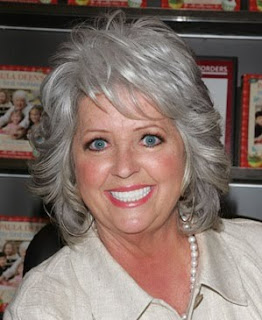 But, for that one moment in time, when my 279 Twitter followers could see Paula Deen hit me back on Twitter, all was right in the world wide web.

I was so excited, I wanted to pick up the phone and call my parents to tell them. I stopped myself, though, realizing that they probably wouldn't share in my excitement.
"Twit-TER?! What's Twit-TER?," my dad would yell into the phone. He is happily oblivious to anything having to do with computers or social media.
"Nice mouth, Stephanie," my mom would probably say, assuming that "twitter" was another inappropriate word I've added to my already un-lady-like vocabulary.
So I didn't share this super exciting news with my parents. But I didn't exactly keep it to myself either. The beauty of Twitter (and what freaks people out about it), is that this conversation was out there for all the world to see. So as it happened, everyone that I work with who was also monitoring Twitter could see it.
"Whoa, Steph, are you having a conversation with Paula Deen?"
"Did Paula Deen just tweet you back?"
"Ha! Awesome, Steph, you're talking to Paula Deen!"
I giddily responded "Yes," to all of these remarks, proudly making Day 304's thing I've never done before to have an Internet conversation with Paula Deen.
Thank you, Twitter.
Posted by Stephanie Gallman at 1:20 PM