There have been but a few challenges I have taken on this year that have required more than a day's commitment.

There was Day 197, when I began a week-long challenge to live as a vegetarian. I knew anyone could give meat up for one day, but a week? Now that's a real challenge! But it was easy. So easy, in fact, that I remained a vegetarian for much longer than a week. 12 days, in fact. 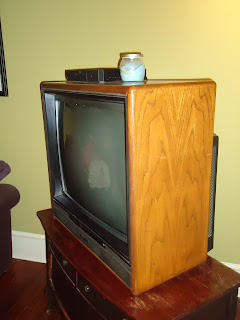 Then I upped the ante on eating only raw foods, and then starting a juice diet on Day 227. It was another week-long challenge that I put in the top five, "biggest mistakes I've ever made in my life," list. I'm still gagging about it now.

Not cussing should've been something that I made a multiple day commitment to, but when I didn't last half an hour on Day 20 without saying something inappropriate, I had to concede that a single day was just about all I had in me.

On Day 302, I set out for another week-long challenge. This one, to give up television for an entire week. That was the thing I've never done before.

Full disclosure here, I am required to watch a moderate amount of television to perform my job, so I admit the week wasn't completely TV-free. Miscellaneous, at-home television was what I was really eliminating. Once I left work, I could not, would not turn on my television (Which, by the way is a classic 1980s Zenith built-into-wood model. Truly vintage.) or anyone else's television. For an entire week.

When I started the blog back in September of 2009, I knew I would have to give up some or my extracurricular activities. Television was easily the first one to go, followed by working out and sleeping. There simply wasn't enough time to go to work, do something new, write about it and get invested into television shows.

Since most television programs premiere right around my birthday, I actively chose not to 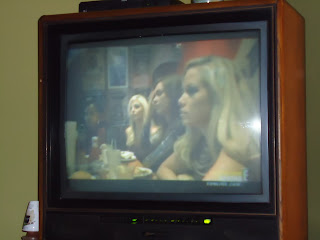 watch, and therefore didn't know what I was missing. So when everyone was talking about the Lost series finale, or what happened on Mad Men, or how awesome last night's Glee was, or how hilarious Modern Family is, I was usually in the dark, blissfully unaware of any of them.

Not knowing anything about any of these shows made me somewhat mysterious to others, which I obviously enjoyed. And when people would gasp that I hadn't seen any of these shows (or movies either, for that matter), and ask me why not, I used the conversation as an opportunity to exert my superiority (I don't have time for TV, I'm way too awesome and way too busy), and as an opportunity to pimp the project (I'm way too awesome and way too busy because I'm trying new things and writing about it. Here's my blog, check it out.)

Reality television, though, now that's a different story. I'm not sure why the shows on E!, Bravo, TLC, Style and the Food Networks are the channels that my remote usually finds and stops on in recent years. I consider myself a fairly intelligent person with an understanding of smart television when I see it. Perhaps it's because it's mindless and requires very little investment. Or maybe because this trash is so easy to find at all hours of the day, all days of the week?
Regardless, like most things I've ever denied myself, I didn't quite know how addicted I was to mindless shows like Keeping up with th 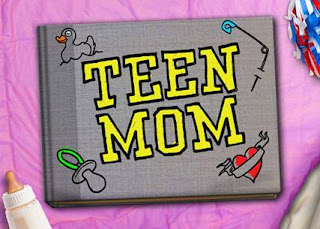 e Kardashians, Teen Mom, the entire Real Housewives series, Bethenny Getting Married, Toddlers & Tiaras until I couldn't have them anymore. Not until I forced myself to turn the TV off completely did I realize how much I watched these shows and how much they'd been serving as the background music of my life.

Without the noise coming from the television, my house became still, silent. I enjoyed it, for the most part. Without the television, I continued to do new things (which you will all read about very soon), I cranked out blogs like crazy (no distraction meant some real-deal focus), I picked up a book (Pat Conroy's South of Broad) I had previously started but abandoned because I thought I didn't have time to read. The quiet made me reflective, and I felt more at peace was so much more productive.

My one-bedroom house felt a little lonely, though, without the sound of my TV "friends." And sometimes the stillness, the silence got to me. I was forced to focus on the thoughts inside my head, which sadly are not always as pleasant as the tirades coming from Khloe Kardashian's mouth. I did well, for the part, easily focusing on other things throughout the week, making plans with friends and getting outdoors in the Atlanta summertime heat.

I almost threw in the towel on Sunday (Day 308), the day of the week that I am most likely to 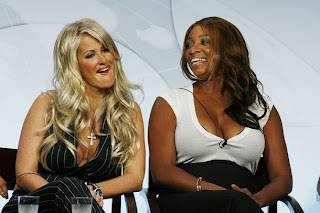 waste time watching mindless television. I was like a drug addict in need of fix (How had these ridiculous reality starts affected me this much? Gross.) But I knew I couldn't let myself go down at the hands of the Real Housewives. I'm no quitter. I said a week, and I meant it. So instead of throwing in the towel, and turning on the television, I just went to bed early.

I'm not sure I'm ready to give up TV completely, but it's hard to deny just how productive and effective I am without it. Life is all about balance, I suppose, though and I'm making a conscious effort to strike a reasonable balance and add some more thought-provoking activities to my life. And maybe I could stand to leave my television off more often.

But not when NeNe is on. Are you insane?

Posted by Stephanie Gallman at 5:50 PM