Day 33: Along for the Ride in Temecula

Day 33's thing I've never done before is to go to Palm Springs, see three days of Phish (a band, for those of you who may be unfamiliar), stay in a super amazing house on a PGA golf course and forget about my real life for 11 days.

Buckle up blog fans, because the next 11 days are all dedicated to my vacation, that began with a weekend in Palm Springs, California for Phish's Halloween Festival 8.

I’m embarrassed to admit this, but the blog was a huge source of stress for me in preparation of this trip. Should I take my computer and try and blog while I'm away? Is that what real bloggers do? I'm going to see Phish. How realistic was it to think that I would actually blog? I was already so far behind going into the trip, though, so if I took an 11 day break, I would be really behind. REALLY behind.

I consulted one of my travel companions and he told me that if I was stressed about it, I should just bring my laptop. My unpredictable, still sick with the swine flu laptop. I wasn't even sure it still worked outside the walls of my own house. But I thought I might get a chance to write on the plane, or perhaps if there was a moment of downtime. So I brought it.

And I'm so glad I did because it served as a perfectly fabulous piece of carry-on luggage for me to keep up with. And that's it. When I escaped my real life, I really escaped every aspect of it. I didn't write once.

I just posted my Haunted House entry. I'm much further behind on writing then 11 days. I've recommitted myself, though. And I will not give up. I'll catch up eventually. Right?

Back to the trip. 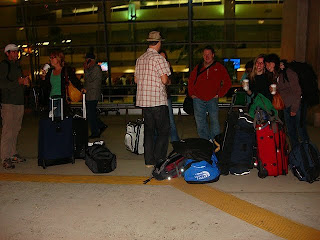 Now, I have traveled quite a bit and I've been to enough concerts and music festivals to know how to do it right. Or at least I thought that I did, until my friends Melanie and Randy, and their concert posse proved me wrong. These seasoned Phish phans (I swear this is the first and only time I will ever use 'ph' for the 'f' sound except when spelling my own name) really know how to do it right.

I decided to go on this trip much later than most, but once I signed on, I immediately began receiving emails from the crew coordinating costumes, transportation to the airport, and links to information about the festival site. I was overwhelmed at the planning that had already gone into the trip, but knew that I had chosen the right group to tag along with. I admit, I wished in these moments that I had given the Phish crew my new gmail address so that I wouldn't open my Hotmail account to 65 new emails each day. There was a lot of communicating going on with this group.

Had I given out the Gmail address, I could've also viewed, with ease, the Google Docs spreadsheets created for the trip. That's right. This crew made spreadsheets highlighting how much everything cost, who still needed to pay, and what airports this geographically diverse group was flying to and from. 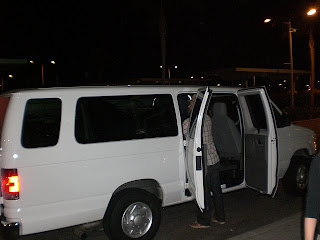 Not to mention, they had rented a 15-passenger van to transport us from San Diego to our house on PGA West. No that's not a typo, I wrote "house." I could've typed "swanky house on PGA West, the golf course," because that's where it was. And it had a pool. And a big screen TV.

These people, who I have wisely befriended over the years, do not mess around. They attack life and Phish concerts with equal fervor. And spreadsheets.


All I did was book my flight, send a check to Randy, and show up to the airport.


With plenty of time to spare before take off, I dipped into a nearby sports bar to have a beer. I was settling up my tab when I got a text message from Melanie.


"Where are you?" it read.
I texted her back, "I'm at the bar. Paying the check. Where are you?"
"On the plane. You better hurry," she responded. 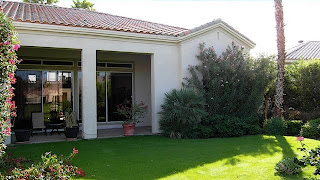 I looked at the time. Our plane was scheduled to depart at 6:55pm and it was just 6:30pm. Still, my heart started beating wildly. There were still people lined up outside the gate. I still had 25 minutes, didn't I? I picked up my pace a little bit. I was clearly out of my league with these super concert travelers and if they were sitting on the plane then that's probably where I wanted to be too. All the Google Docs in the world will not make up for one weak link who misses her flight. And I did not want to be that weak link, especially because getting on the plane on time was my sole responsibility at this point.

I walked quickly to the ATM to get cash and hustled to get on the plane. It turned out that Iwas fine and I had plenty of time before the plane took off, but I decided I was going to stay close to my fellow travelers for the rest of the weekend to avoid any more unneccessary freakouts. 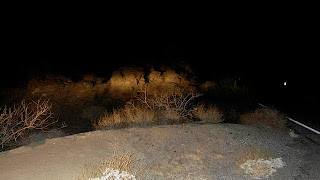 We all made it to San Diego, Randy picked up our van and hit the road, driving through several southern California cities including Encendido, where we drove around a shopping mall for half an hour looking for a place to use the bathroom. Nearing desparation, we finally got out and pulled over on the side of the road in some mountainous region and took care of business right there in nature, also something I've never done in California.

After we had relieved ourselves, everyone’s mood improved considerably. Perhaps that's what made driving through the city of Temecula so damn funny. Or maybe we just loved the word "Temecula." We started using Temecula as a noun and a verb and even referred to ourselves as Team Temecula. Unfortunately the fun didn't last very long, and soon it was apparent that our team was lost.

All the emails, planning, and spreadsheets, and no one knows how to get to our destination? Or where to pick up the keys to the house? This rookie behavior was straight out of my playbook.

Lost in Palm Springs. Or was it La Quinta? It was another first either way.

The day of vacation firsts eventually came to an end when we tracked down the keys and found our amazing house.

Team Temecula had arrived and was ready to party.

Temecula on Dwellable
Posted by Stephanie Gallman at 9:06 AM