Following the exciting and terrifying experience at Netherworld, I needed something a little more cheery to follow. I was leaving town the following day and should have been packing, but I decided instead to make Day 32's thing I've never done before to go see the Michael Jackson documentary, This is It, on opening night. 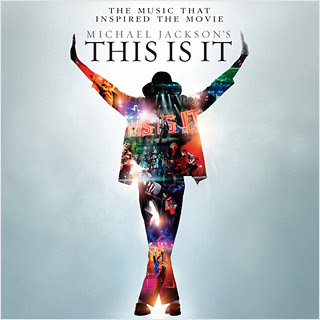 After his death over the summer, the producers of Jackson's stage show edited together all of the rehearsal footage to create This is It. The film begins at his bizarre concert announcement in London and takes viewers to dancer auditions and and then on to rehearsals at the Staples center in Los Angeles.

The film gave me an idea of what an amazing production these last shows were going to be and how much time and detail had been put into making them that way. Jackson is an obvious perfectionist who was involved with every element of the show. The choreography, the lights, the musicians and dancers, and the awesome music that I have been a fan of since I was a child--it was all flawless.

The entire time I was watching the movie, I couldn't help but think about the dancers and musicians that were going to be a part of these last shows. What a roller coaster of emotions they've had this year. First auditioning and getting picked to perform with the King of Pop must have been the most exciting, unbelievable experience of any of their young lives. And then to lose their leader and friend in such a tragic and untimely fashion and never getting to see that dream come to fruition--it had to have been devastating.

My friend Devon, who kindly, and perhaps foolishly agreed to accompany me to this movie, got a little nervous when I told him I was going to need to sit on the end of the row so that I could get up and dance if the mood hit me.

I never got up to dance, but I watched this film on the edge of my seat with stars in my eyes like a little kid watching a cartoon. It made me want to dance. And sing. It also made me sad. Sad that this man so capable of lighting up a stage and bringing an audience to their feet was taken too soon.

The movie also got me excited for my own music adventure which kicked off on Thursday, and made me even more hopeful that Phish might choose Thriller as their Halloween costume on Saturday night.

I'm so glad that I was able to see This is It the night that it opened. But I admit I was a little disappointed with the turnout at my theatre. Devon pointed out to me that it was 11pm on a Wednesday night. I didn't care. This is Michael Jackson. This is it!

He was, is and will always be the King of Pop.

Posted by Stephanie Gallman at 9:05 AM

Email ThisBlogThis!Share to TwitterShare to FacebookShare to Pinterest
Labels: Devon