Every Christmas, in addition to our other gifts, my brother and I receive a statement from Northwest Mutual in our stockings.

"That's from me," my dad announces proudly, always smiling. "I got you that."

The first year we got the envelopes, Jeff a 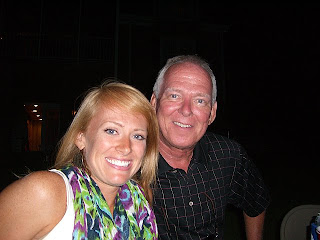 nd I confusedly looked at each other while opening them and then stared blankly at a statement neither of us understood.

"It's your life insurance policy!!!!," he exclaimed. "You're welcome."

For several years, I laughed and rolled my eyes, tossing the envelope to the side and filing it away with all of other generous things my parents have done for my brother and me over the years to set us up for financial success. Only a few years ago, did I finally ask, holding the envelope, "Really Dad, what's this for?"

My question sparked an ill-timed conversation about life insurance right there on Christmas morning, while we were all sipping coffee in our pajamas.

"I have life insurance so that when I die, your mom will have some money to live on," my dad said. He talks about dying as if his death is imminent. 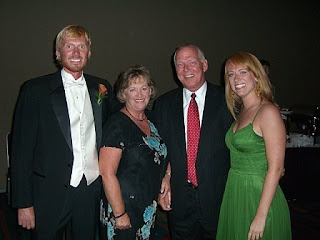 Since he opened the policies for Jeff and me, and still pays for them, my dad said he is the sole beneficiary of both. As children, we didn't really need life insurance, but he started the plans early, since buying life insurance only gets more expensive the older we get. He said he did so with the intention that we'll eventually take on the payments, and make our spouses and children the benefactors of our policies.

The whole conversation made my eyes glaze over. It was a little heavy for Christmas.

Jeff seemed more concerned, if not suspicious, of the whole thing.

"So the only way anyone gets any money is if someone dies?," he asked, eyebrows raised. We all laughed.

Life insurance is morbid and quite sad, and reminds me of all the 20/20 specials I've seen about victims who were murdered by greedy spouses after their money. Now that I had my very own life insurance policy, I wondered if I should keep it a secret to any eligible suitors. 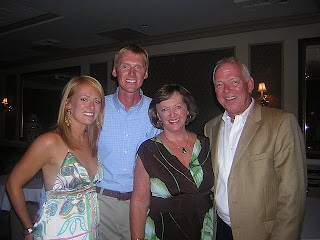 But my dad, with the whole envelope in the stocking trick, somehow managed to turn life insurance into quite a humorous topic in my household. And now every time I ever hear a commercial for life insurance, I smile thinking about Christmas.

So when I received a call from a life insurance agent associated with one of these policies, wanting to meet for a chat, just weeks before I turned 30, I honestly thought it was a joke. First of all, Jeff and I have had little to nothing to do with paying for these policies, so I wasn't sure why they wanted to meet with me. Secondly, the timing was equal parts hilarious and daunting. Two weeks before my 30th birthday and I had to face that maybe life insurance was more than a Gallman family joke, and actually something worthy of a serious meeting?

I called my dad to tell him and he was also confused, wanting to know several times who had called, how they got my number and what they wanted. He promised that he hadn't put anyone up to it. He encouraged me to go, and report back about what was discussed.

Day 348's thing I've never done before was supposed to just be seeing the Avett Brothers in concert (which I did and the show was amazing; they are definitely worthy of the hype they are receiving). But before that, I reluctantly had a discussion about life insurance.

Seemingly desperate to make this meeting happen, Greg, the agent who made the call, agreed to meet me at work. He found a table at the food court area in my office building, and when 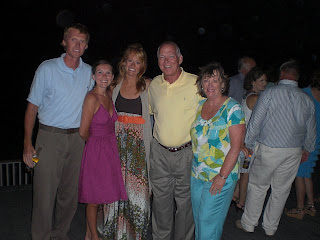 I was done with my day, I joined him. He had a binder opened up on the table with stacks of paperwork (about me?) and he was joined by an older gentleman. Both introduced themselves and both seemed nice, but I was guarded from the start, not really wanting to talk about life insurance on a Friday afternoon, and hyper aware that this meeting was going to involve them asking me to pay more money.

I tried to suck it up and listen to what they had to say. Maybe this is what 30-year olds do, I thought. They talk about life insurance and retirement plans and mortgages. No more mindless conversations about unimportant things for me anymore! All business, all the time. Even on Fridays before concerts.

After brief introductions, they asked me about myself. I wasn't quite sure what they were looking for, so I briefly glossed over growing up in South Carolina, going to Georgia for college, and some of the jobs that I've held since graduating.

They smiled politely, but I could quickly tell that's not what they were looking for. The older gentleman gave me a creepy smile as he leaned back in his chair and said, "So, what is it that you want out of life?" 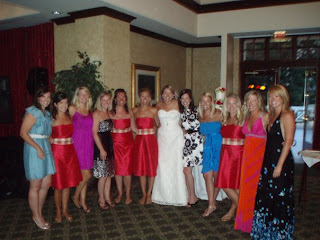 I nervously laughed, completely surprised and intimidated by his question. In 29 years I hadn't been able to identify and articulate for myself or to any of my family and friends what I want out of life. How could I possibly tell this insurance agent I've known for 15 minutes?

There was an awkward silence as I tried to figure out what kind of answer he was seeking so I could answer accordingly. But after a few minutes of searching, I still had no idea what he was looking for, so I rattled off something that made me sound like a complete flake.

I sensed by his reaction that other 30-somethings he'd met with didn't have such a hard time explaining what they wanted. And I wondered if he wanted me to say something more specific like, "I want a house! And a boat! And an expensive car!"

My vague answer left him with a challenge, but it also set him up so that he could tell me how buying more life insurance would secure this happiness I desired.

So he went for it. In a completely annoying way. 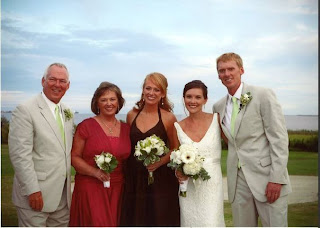 He flipped through the paperwork that showed the current policy that my parents were currently paying into and how by just increasing my monthly payment slightly, I could increase the value of the payout amount. I could even borrow money against the policy at a lower interest rate if I ever needed it, "You know, for things like braces for your kids or a new fence for your house."

I said I wanted to be happy. Apparently this guy thinks happiness is kids with bad teeth and a home with a bad fence.

His vague explanations and feigned interest in me was maddening. If you're trying to sell me more life insurance, explain to me why I need it for the life I have now, not one I might have in the future and tell me how much it's going to cost.

I fought the urge to grab him by the shoulders and shake him, screaming, "ENOUGH OF THE SMALL TALK!! JUST TELL ME WHAT YOU WANT FROM ME!"

In fact, the most interesting, and humorous, parts of our conversation came with the hypothetical scenarios he created about my life. There was a lot of, "Say you have two children, retire when you're 65-years old, and you live until your 80 . . ."

Choosing a life insurance policy forced me to consider the value of my life in monetary terms, which I discovered, is difficult to do without a husband or any children. As a single person no longer dependent on my parents and without any dependents of my own, the financial value of my life is non-existent. If I died right now, any debts that I've incurred would more or less go away, because the collector would have no one to go after for the money.

The thought could've depressed me, but I was actually amused by the whole thing, thinking about debt collectors rummaging through the financial statements of single girls everywhere.

"So what if she racked up $10,000 in credit card debt buying things she cannot afford? She died alone. Just let her rest in peace."

Only in death will singles finally catch a bre 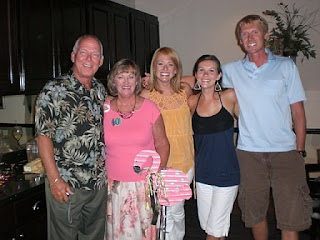 I don't need a husband or a child to prove the value of my existence, even if the financial world didn't see it that way. But I smiled thinking that even as a child, my dad saw my potential (and Jeff's) and that's why he set up the policies in the first place.

But without having tied myself to anyone financially and not owning anything of real value, my agent was having a hard time making a case for me to buy more life insurance. He refused to give up, and like one of my girlfriends talking me through a tough time, he looked at me sympathetically and said, "Well of course you're going to get married, Stephanie!"

I was dying. This guy was out of control. "Indeed, I might," I said.

But, I thought to myself, I might not. I also might walk out of this meeting and get hit by a car.

As I continue to grow personally more comfortable with my life exactly where it is, I also refuse to believe that it will ever be without value, even if no one comes to collect my debts after I'm gone. A year ago, this conversation may have sent me into a tailspin. (What? I'm alone? And nobody cares?) But not anymore. The only thing this guy had made me question was whether or not I should make my brother the beneficiary of my existing policy, since he would probably be around longer than my parents.

I was becoming increasingly restless during the meeting and I was itching to leave. So I said 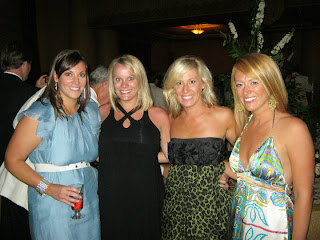 what I've heard my parents say when someone is trying to sell them something they have no intention of buying, "You've given me a lot to think about, so let me do that and we can talk in a couple of weeks."

From what I could tell, the timing of the meeting was purely coincidental and had absolutely nothing to do with me turning 30. But I had to laugh that a mere two weeks before my momentous birthday I was forced to evaluate my life on these financial terms.

I politely thanked them, got up from the table, and almost broke into a run, away from this unpleasant conversation and towards my unconventional, albeit sometimes irresponsible life, that I value in my own terms -- by the good people, the good times, and the good tunes that are in it.

And by that measure, it's truly an invaluable life.
Posted by Stephanie Gallman at 1:15 PM