"I just feel like this is starting to move in a serious direction and I'm not sure I'm ready for that."

Though I had been preparing myself for this conversation after communication had changed significantly starting the night of July 4th, his words still stung. The usually responsive FF had suddenly, and rather abruptly, become difficult to reach. I did my best to blame it on the long weekend, and a tough time getting back into the swing of things. But when we finally connected on Day 283, I could tell instantly that something had changed. And after talking for half an hour while I was driving to the grocery store, he confirmed that indeed it had.

He cited bad timing as the reason, and I couldn't argue with that. So we said our good-byes, good lucks, and even extended some well wishes to one another that were uncharacterstic of most conversations of this nature. At one point I actually had to stop myself from saying, "Have a nice life," because that sounds sarcastic, but I really did, and do, want him to have a nice life. I instead said something to the effect of, "I know that the last few years have really sucked for you, and I think you are a nice person and I hope that you do find happiness. Because I think that you deserve it." 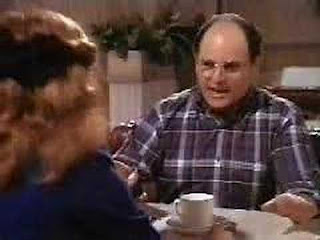 My voice cracked at some point during that last part and my eyes welled up with tears. I so did not want to cry about this, or about him, but I just couldn't seem to stop myself. Upon realizing that I was crying in the Kroger parking lot, I ended the conversation as quickly as I could. And then I got myself together and went inside to retrieve items for the black bean burgers I had planned to make for Day 283's thing I've never done before.

I grabbed a cart and immediately took off to the produce aisle, replaying the conversation in my head.

Personally, I felt somewhat vindicated that there was a reason for my initial concern that I hadn't heard from him in a few days. The few people I'd told had tried to convince me that I was crazy for thinking anything of it, but in my gut I just knew something was up. Something was different. Our final conversation that night was disappointing, but was also proof that my instincts were right, and maybe I should learn to trust my gut.

I also marveled at his directness. I've told this story so many times now (since FF started appearing in the blog everyone wanted to hear about him), and I've described it as the "most adult break-off I've ever had." (We weren't ever boyfriend/girlfriend so break-up feels a little strong. I prefer break-off.) I am so used to a passive-aggressive and gradual ending where phone calls and text messages just become less frequent over time. I'll be sleep-deprived from worry and 15 pounds lighter from not-eating before finally facing the inevitable, "He's just not that into me." But in this case, after less than 72 hours of wondering what happened to him, FF cut to the chase and let me know where he stood. And though I was bummed, I had to appreciate his honesty.

"I promise this has nothing to do with you, Stephanie," he said. "I'm just not ready for this right now."

I stopped the cart, replaying that last line several times. He threw some other words in there, perhaps to confuse me, but right there in the produce section, it all became crystal clear. FF had said the equivalent of, "It's not you, it's me."

The line that has been used and abused by men and women taking the path of least resistance in hopes to spare the other person's feelings so many times that it has become a punchline in sitcoms and romantic comedies had just been used on me. (George Castanza, anyone?) Part of me wanted to laugh at the absurdity. Most of me felt sick, though. Like I wanted to throw up.

Of all of the hurtful things that have been said to me over the years, I think this one stung the most, because everyone knows that when someone says, "It's not you, it's me," it usually means that it's you. Or in this case, me.

My brain immediately went into a tailspin of possible things that I could've said or done over the last five days that would've sealed this fate.

I shuddered to think that maybe my mom was right, and my leaving town for four days to see Phish put the nail in my relationship with FF.

"I mean, don't you think he might've thought that was a little weird?," she asked me.

It's definitely possible. But those plans had been made long before I ever even met FF and I don't really think this had anything to do with Phish.

I did wonder if maybe it was something I said, or did, during my four days away. I went back to my phone to make sure I hadn't placed any drunk dials or insane text messages. From what I could tell, I did not.

When I read the very last text I sent before communication from him went dark and in the midst of my pain, I had to laugh. The text said, "Well, at least you're not taking your shirt off like a meat head, which is more than I can say for some of the people that I am with. Yikes!"

Maybe he was turned off that some of the people I was with take their shirts off, or maybe he takes his shirt off when he's had to much to drink and feels like I called him out, or maybe in the four hours between our text messages, he met someone else and realized she would never see some band four nights in a row or send messages about shirtless people?

I forced myself to stop agonizing over the stupid text messages (which might be my least favorite form of communication) and face the reality that at this point in our relationship, there wasn't a text message that could've caused him to walk away from whatever it was that we once were both walking towards. I mean, he knew me and my shenanigans (including performing dance moves at nearly every location we'd ever been together), both in person, and electronically. I don't think a text about meatheads taking their shirts on would've turned him off that much.

No, I fear this "thing," about me, if it is a "thing," may not be so specific, and therefore harder to identify, and even more difficult to change.

But at 29-years old, after being let down in this way before, I couldn't help but consider, "Well maybe it is me. I remain the common denominator in all of these scenarios. Who else could it be?"

That realization was far too upsetting to deal with at Kroger and when I looked down at my cart, I could feel tears starting to well in my eyes again. Not just because I'd arrived at the all-too-familiar lonely place, albeit in a healthier, more adult way, but also because I'd been mindlessly filling my cart with random things as I wandered up and down the aisles and when I looked down at all of it, I didn't know what any of it was or what or how I was planning to make anything with it.

I had to get out of there right away. So I left my semi-full cart of random items right where it was, bought a bottle of wine and a Gatorade, and left the store quickly.

Day 283's thing I've never done before was to be told, with a whole lot of words, "It's not you, it's me," realize that it probably is me, and subsequently abandon a cart full of groceries in Kroger.

This is my heartfelt apology to the stockboy that had to restock all of the items in my cart, and who probably wondered, "What happened here?"

I am the one who left the cart behind. It was me. Isn't it always?
Posted by Stephanie Gallman at 7:20 PM