Very fitting that I'm posting this blog on Father's Day and that my dad helped me edit it. Happy Father's Day, Dad!

So naturally, a day full of things I've never done before, all dedicated to the preservation of our planet and its resources should've been in store.

I was pleasantly surprised to discover, after running down a list of environmentally-friendly blog 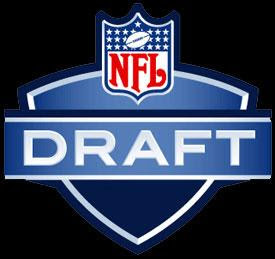 possibilities, that I was already a fairly green kind of gal. I recycle nearly everything, I use canvas grocery bags, and I shop and eat locally, frequently buying all of my groceries at my farmer's market.

I mean, at this point, I was still a vegetarian for Pete's sake!

Sure, there were things that I'd never done before, like riding public transportation or walking to work, but I didn't think of either of them until I was already sitting at my desk.

"Plant flowers," Melanie, one of my greenest friends suggested.

There was some discussion about composting, but that also wasn't going to be possible from my desk. Plus I don't have a yard or a garden, so this one would be a huge, not to mention, pointless challenge for me.

I'm ashamed to tell you that by day's end, I ended up participating in an activity that had absolutely nothing to do with Earth Day. Something that felt dirty, and wrong. Bad for the planet and bad for humanity.

Day 207’s thing I’ve never done before was to watch the NFL Draft in primetime.

Really, I had never watched an NFL draft, period. I only mention that it was in primetime because people kept talking about that fact and apparently it was a big deal that it came on at night.

The draft, for those of you who don't know, is when NFL teams choose their players for the next year. It's the grown up version of picking teams on the playground, only with exorbitant amounts of money.

After weeks of speculation by sports journalists, various scouting camps, and what I would imagine to be a lot of conversations between team leaders and agents ala Jerry McGuire, the draft comes down to several nights where the NFL commissioner announces each team's pick to a crowd in the audience and at home.
Each team is given a certain amount of time to make their pick and in between announcements, cameras show nervous men, some of them in their homes surrounded by their family and friends, others inside the venue, dressed to the nines in flashy suits. Regardless of where they were, or how were they dressed, they all looked nervously excited, the same way I imagined they might've looked as children praying they're named would get called. 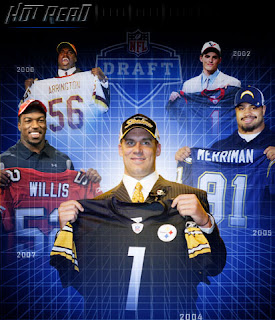 I certainly wasn't ever a first-round pick in elementary school playground drafts, but I'd always get picked eventually. Not for my athleticism, obviously, but because I always added an appropriate amount of comic relief to any team that I was a part of.
The NFL draft is the same. Not that they're choosing players based on their sense of humor, but there are a lot of factors taken into consideration when teams choose their new players. And they're different from what I thought. Players who excel in college don't always get chosen for the NFL, and if they do, they don't always play the position they played as college athletes. Contrary to popular belief, it's not always the best players that get chosen first, and it's not always players from the best college teams. Professional teams choose based on what positions they need filled to round out a successful roster. Many of the first guys to get drafted I hadn't ever even heard of.

Typically the team with the worst record gets to choose first, though I learned in the weeks leading up to the draft that deals can be cut with teams ahead of time to change their position. One team could, for instance, trade one of their current players to another team for a spot higher in the picking order.

Confused? Yeah, me too.

Considering no money ever changed hands, there were no agents brokering deals, or a fancy stage with spotlights, or time limits, or pinstriped suits, choosing teams on the playground is actually nothing like the NFL draft.

The NFL draft is the male version of a beauty pageant. An overproduced spectacle full of attractive, talented people saying asinine things, there are a lot of emotional parents, a lot of glitz, a lot of drama, not a lot of substance.

All the good going on in the world to save the planet that day couldn't offset this horrific display.

Every time the commissioner came to the microphone to announce another pick, I felt like we lost another innocent soul to the big bad world of professional sports.

I emailed Mountain Man, who knew I was watching the draft, "I feel like I'm watching the very moment that these guys go from being college athletes, to complete assholes."

He responded, "Yep. Rich assholes with social issues who have trouble operating in a rational society."

I know it's terribly unfair to assume that all of these men are destined to live the flashy, reckless lives that will put them in the headlines with the likes of Terrell Owens and Ben Roethlisberger, but I also think it's probably naive to assume that some of them weren't already of that mindset before the draft.

Still, watching this little spectacle did little to change my opinion that professional athletes are soulless people with inflated egos and inflated paychecks. It was a lot of, "I'm awesome! Look at me! I deserve this! I had it coming!"

Mo, who I was also emailing as the draft was 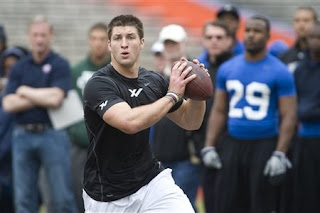 happening, assures me that his beloved Florida quarterback and Heisman trophy winner Tim Tebow won't ever become part of the professional athlete stereotype. I have to agree, based on the geek squad surrounding him at his house in Florida, if anyone has the potential to overcome what seems inevitable when young people come into a lot of money at once, it’s Tebow.

And I sincerely hope that he does.

I dropped my negative attitude several times during the broadcast to consider that maybe they're losing their innocence and the pure joy of playing for the love of the game, but it's pretty cool that we're watching the start of their adult lives. Their very large, very expensive lives. Good for them.
There were times when the players showed sincere gratitude for these huge blessings being bestowed upon them, and genuine excitement that their name was called at all. Perhaps there is potential for some of them to do really good things with their large lives. A Drew Brees amongst them, perhaps?

Maybe all of my frustration comes from a place of jealousy. I mean, when I accepted my first real job post-college, there weren't any spotlights or television crews. My family wasn't there to embrace me dramatically and tell me how proud they were of me. I think my Dad's exact words were, "Well it's about damn time."

If only all job interviews were like picking teams on the playground and we found out if we were hired based on which old guy handed you a shirt with their company's logo on it.

"Welcome to the real world of paying taxes and responsibility, Stephanie, here's a jersey to prove you've really made it!"
Posted by Stephanie Gallman at 9:00 AM