happy birthday to one of my faves. 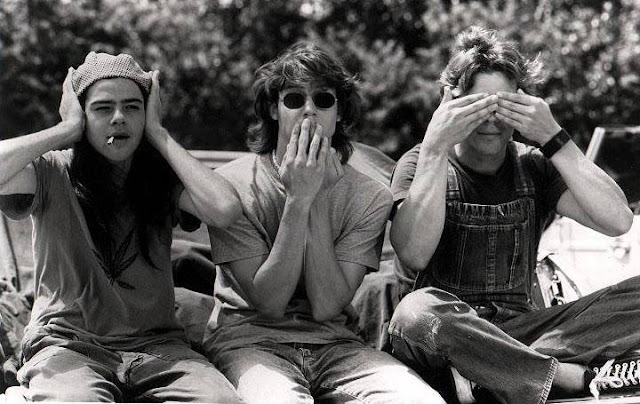 My friend Marlena just made my morning when she told me that according to Esquire magazine, today is the 20th anniversary of the cult film, Dazed and Confused.

Part of me felt like crying - how can something that reminds me of high school be 20-years old?! Time flies when you're having fun, I guess.

But most of me was instantly nostalgic, remembering all of the stars who appeared in the movie (Ben Affleck, Matthew McConaughey, Parker Posey to name a few), the amazing fashion (I've always been bohemian at heart) and all the hilarious quotes that came from it.

Some of my favorites:

"The older you get, the more rules they are going to try and get you to follow. You just gotta keep on livin', man. L-I-V-I-N."

"It'd be a whole lot cooler if you did."

"I'm only here to do two things, drink some beer and kick some ass. Looks like we're almost out of beer."

And my most favorite, for obvious reasons: "I loooooove those redheads."

I like to believe that it's actually Matthew McConaughey saying it to me personally.

What are your memories of this movie?  Did you love it as much me?
Posted by Stephanie Gallman at 8:04 AM