Leaving Yaya's was sad, but my trip to the airport was relatively drama-free. For everyone except, unfortunately, Yaya.

She woke me up early the morning of Day 323. I quietly got 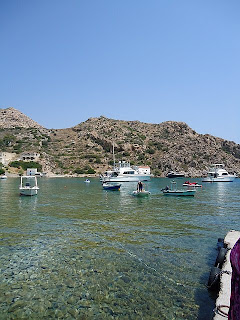 dressed and gathered my things, ate one last fig at the dining room table, and then climbed into the old Mercedes with Yanni for the almost hour-long trip to the airport. It was still dark outside when we pulled out of the driveway. Though I certainly didn't expect her or need her to help me get ready to leave, I was sad that I didn't see Yaya again after she woke me up because I never got an opportunity to give her the huge hug that she so deserved, and never got to look her in the eye and thank her for inviting me to such a magical place.

I found out on the way to the airport that Yaya disappearing after waking me up was completely accidental. Yanni's cell phone rang several times on our way to the airport (but I couldn't understand anything that he was saying). And Katy sent me a message on my Blackberry and said, "Yaya is freaking out. She fell asleep after waking you up and fells terrible that she didn't see you leave. Please let us know when you've arrived safely."

I assured Katy that Yanni had delivered me to the airport as promised and was currently cutting everyone in line with my suitcase to check me in and make sure that I got on my plane. I told her to please send my regards to Yaya and thank her on my behalf. Katy and I went back and forth on our BlackBerrys for a while, remembering hilarious things that happened to us on the trip (Meathead "Effing G"from Kardamyla and this Taco Bell commercial that she, Jana and I all quoted constantly: "Peek-a-booooo, it's me, the liiiiiime." Our instant communication was fascinating to Yaya, who was watching Katy furiously send me messages while lying in the bed I'd just abandoned.
My BlackBerry died as I was boarding the plane to Athens, before I could tell Katy (and Yaya) that I was on my way home. Yaya worried for the rest of the morning until I could get to a place where I could relay a message that I had landed safely and was, sadly, on my way back to the United States.
The plane I rode for the short trip to Athens from Chios had one center aisle, with two seats on each side. I had the window seat on the right side of my row, next to a man seated on the aisle. The man's wife and child were seated on the left side. When I got to the row, the man got out of his seat to let me in. I took my seat, and as I settled in for the flight, I started to get the feeling that something was going on with the family in my row; like there was some serious tension in the air.

I took out my book to focus on something else, but that didn't last long and soon I was spying on them. I had to assume the stress was coming at the hands of the couple's little kid who was bouncing off the walls, crawling all over the place, and whining her face off. The wife, probably fed up with her daughter, looked like she either had been crying or like she wanted to. The man was trying to take himself to another place, distracting himself with the in-flight magazine and fiddling with the air vents.
There wasn't any verbal communication coming from either one of them, just a lot of grunting from her, and some shoulder shrugging, hands in the air from him. Again, I sensed she was at her wit's end with the daughter and was looking for him to step in and take charge.
The next thing I know, the man and woman are both standing up and switching seats, sending the daughter into a fit of hysterics. I was amazed that after no words were exchanged, they'd come to the conclusion to make this move. Married life apparently means understanding that your wife is pissed even when she's not saying anything.
Soon after the switch was made, we got briefed 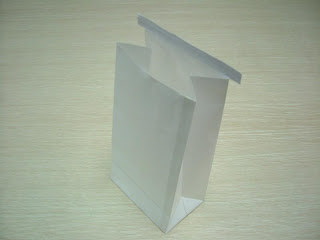 on the safety measures. I began making up ideas as to what this couple could possibly be fighting about, when the plane began moving towards the runway and the woman stiffened and gripped the armrest with every bit of strength she had.
And then the mystery of what was going on between my row mates became obvious to me. As someone who can work herself up over flying, I recognized the look in this woman's eyes. Only any fear that I thought I had paled in comparison to what this woman was going through. She was absolutely terrified and I could read it all over her face.
She closed her eyes, still white knuckle gripping the armrests and took several short, deep breaths, leaning her head back as if she was looking to the heavens to say a little prayer.
The plane took a dip and she grabbed on to my right arm, startling me.
"Sorry," she yelled hastily.
I wasn't upset that she grabbed my arm, she just scared me when she did. I was a little upset that her husband dumped his scared wife next to me, but really, I just felt sorry for her.
I turned to her to give her my best comforting smile.
"It's okay," I started to say, but before I could get the words out, the woman dramatically grabbed the barf bag in front of her and loudly puked into it.
The whole scene happened so quickly and was so completely shocking to me I didn't know what to do. Her husband looked away, either trying to shield his daughter from seeing her mother get sick, or more likely, trying to ignore it himself. He seemed disgusted and annoyed with his wife, which upset me on her behalf. Like did he really think she was doing it on purpose?
I sort of did this awkward seat dance, darting my head from the window to the woman, from the window to the woman, wanting to help, but not really wanting to help, but definitely not knowing how to help.
The woman, who I can only assume had done this before, jumped up from her seat like a pro and ran to the bathroom, taking her barf bag with her. Inside, I was so thankful she was the one that got sick. The sound she made when she got sick was enough to make me also want to throw up, I don't know if I could have handled the smell of vomit.
She returned a few minutes later, apologized again, and then fell asleep. No surprise, really, it was an exhausting few minutes.
Surprisingly, in all my years of traveling, I'd never seen anyone use a barf bag for its intended purpose, and not just for scrap paper. So thanks, sick lady, for making that Day 323's thing I've never done before instead of just eating at McDonald's in the Athens airport with Jana, which I also did.
Here's to making all of Day 323's firsts my lasts as well.
Posted by Stephanie Gallman at 2:15 PM