a cure for your rainy day blues.

The meteorologists in Atlanta are saying the sun is going to come out Friday, but I'm not sure I buy it.  Lately everyday feels like Groundhog Day if Groundhog Day were misty, cloudy, cold, damp, gross and depressing.

Last weekend, my friends Maribeth and Scott, Jacob and I pulled ourselves off our respective couches in favor of some rainy Friday night fun - and stumbled upon the new and improved Midtown Bowl.  I say "new," but Midtown Bowl isn't new at all - but since the last time I'd been there before last weekend was in 2008, it was most certainly improved having undergone a major renovation in 2009. 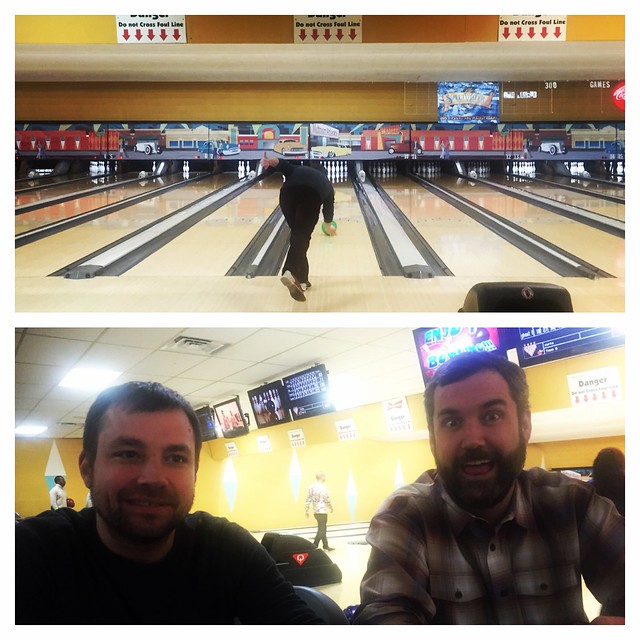 Here are three reasons you need to go there immediately (besides the whole weather sucking and needing something to do besides eat, sleep and binge watch Netflix, all things that I also enjoy):
People watching is another great reason to go - but let's be honest, that's certainly not specific to Midtown Bowl.

Have a great, warm, sunshiney weekend.
Posted by Stephanie Gallman at 10:02 PM