Just like Thanksgiving is a time to reflect upon what we are thankful for, most bloggers this time of year are reflecting on 2011 and sharing what they are looking forward to in 2012. At the risk of sounding negative and cryptic, I can say with certainty that I've never more looked forward to an opportunity to hit "reset" on a year in my life. Bring on 2012.

With all of 2011's disappointments (and I do plan on sharing more on those, when the time is right), each year always offers an opportunity to learn and grow and change for the better. So while I'm looking forward to 2012, I will not forget all that I learned in 2011:

Being kind is far more important than being right.

Evident by the display of Christmas cards in my house right now, my friends honestly do have the most gorgeous children ever.

Getting stepped on at a party hurts. So does falling off a bike in wine country. In their words and deeds, people will show you who they are. Believe them.

I will never tire of "Your Momma" or "That's what she said" jokes. Simple. Effective. Always hilarious.

I can hold my own on a ski slope and a golf course. Unfortunately, becoming a skier and a golfer means spending lots of money. I am gifted with the ability to find expensive hobbies. As sad as it is for me to admit, The Office is really not as funny without Steve Carrell. But I still love it. (Also, Mindy Kaling is still hilarious and her book Is Everyone Having Fun Without Me is worth reading.)

I can travel by myself. Solitude can be healing . . . . . .Buuuuuut traveling with friends is my favorite. I hate drinking alone.

True, we shouldn't measure our self worth by our material possessions, but never underestimate the power of great jeans. Specifically, Citizens of Humanity Angie Super Flare jeans.

Bravo makes a lot of disturbing, yet highly entertaining and addicting television shows.

I get by with a little help from my friends. Actually with a lot of help 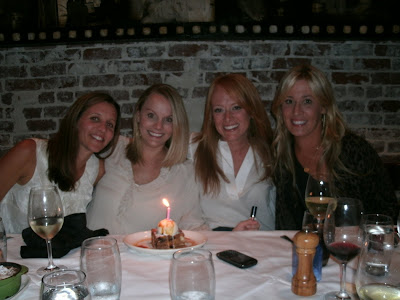 Coffee tastes better when someone else makes it.

The people who want to stay in your life will always find a way.

I like the Avett Brothers and I like Mumford & Sons, but sometimes their music sounds the same to me.

I don't see anything wrong with still having a flip phone, even if it means facing the ridicule of everyone (including complete strangers). But if someone wants to present me with an iPhone 4s, I would happily accept it and Face Time into eternity. 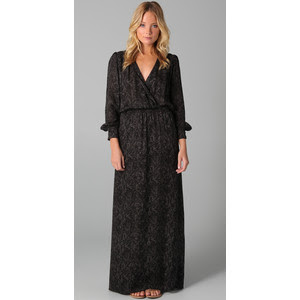 I have, for better or worse, developed a style that is distinct and unique to me, and I've built a wardrobe that reflects it. So much so in fact, that when I sent this picture of this dress to my friends asking them what they thought, most of them responded with, "That looks like you," or "That is SO a Stephanie dress." Some of them (my mother, for example), responded, "That's hideous. It looks like a dressing gown," so I'm not sure my distinct style is good. But it's mine.

I don't get Radiohead. I don't think I ever will. And yes, I've seen them live.

Being a Red Sox fan (and I still don't know how that happened), means signing up for a lifetime of disappointment. But I'd rather be disappointed than ever be a Yankee.

I love Jimmy Fallon. Like for real. And yes, I know he's married. I also know that the fact that he's married is not even close to the top of the list of reasons why we will never be together.

My family is everything to me. Everything. Thanks to them, I've learned the most important lesson of 2011: For the past few years, my New Year's resolution has been to manage my expectations, as if lowering what I expect from people and situations I could somehow save myself from ever feeling let down. But living a life expecting the worst just seems like a miserable existence and since I just can't stop thinking and hoping that something great is going to happen, I've failed at that resolution over and over again. True, maybe I could work on how I react when my expectations aren't met, but I refuse to stop assuming that people, at their core, are good. Life is good, even when it's bad.

I have a new resolution this year, one that I already started working towards in 2011, thanks to starting attending yoga regularly. I'll spare you the details about how much practicing yoga has truly changed me mentally and physically (don't want to be one of those people), but yoga is all about becoming centered and focused on the present, something that I've struggled to do my entire life. In 2012, I want to live more presently. I want to quiet the distractions that keep me from being completely engaged in the people and situations around me. I want to turn off my phone, turn off the television and breathe in all of the wonder that is around me.

I want to be the kind of person who buys presents for no reason and picks up the phone to call a friend to tell them I was thinking about her (Ok, I know I just said I would turn off my phone, but sometimes the phone is fine). I want to do the things I dream about doing now. Today.

Plugged in to the moment. Unplugged from the past or the future; locked and loaded on the here and now. That is my resolution for 2012.

Triangle Sally wants to wish you a very Happy New Year. And I do too. Let's kick 2012's ass. Posted by Stephanie Gallman at 1:56 PM