A few weeks ago, I went home to South Carolina for a funeral for an old family friend. Randy was the first boy I ever liked and the first boy I ever kissed (in a hotel room while our parents partied in the room next door). His death, at age 33, was a shock; thinking of the grief his family was suffering was devastating for my family and me.
"Death is just so final," my mom said on the phone. "One minute he was here, the next minute he's gone."

I made plans to attend, but I dreaded the funeral, knowing how terribly sad it would be to see so many other young people all grieving for Randy's untimely death. All funerals are sad, but even more so, I find, when the person dies so unexpectedly and so early in their life. My heart ached for those closest to him, especially his mom and sister. 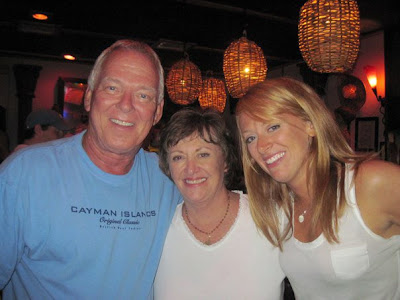 The morning of the funeral, I woke up in my bed at my parents’ house with a lump in my throat. I showered and went downstairs with wet hair to retrieve something from my mother.

"How are you going to wear your hair?," she asked me as I turned to leave.

I chuckled, and paused, looking at her inquisitively. Our house had been abnormally melancholy that morning; her question came completely out of left field.

"Well I don't know. I hadn't really thought about it*."

(*it = how I'm going to wear my hair to this super sad, horribly unexpected FUNERAL.)

"Straight, I guess,” I said, while shrugging my shoulders. “It takes me less time."

She looked at me with disappointment in her eyes, and then cocked her head to the side.

"I really think you should wear it curly. It looks so much better curly."

Perhaps I was distracted by the HORRIBLY SAD FUNERAL that we were about to attend, or maybe I knew what she was saying was right, and 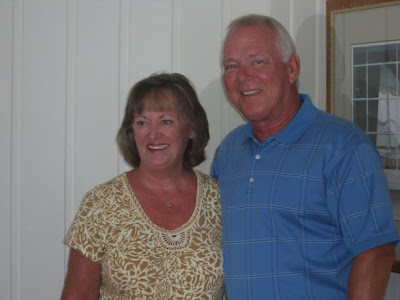 that my hair does look better curly; regardless, I didn't protest. I had no energy to fight with her. As I walked back to my own room to do exactly what she wanted me to, I mumbled under my breath, "I don't know why it matters, but alright."

Not until I had completed curling half of my hair to my mother's liking did it occur to me why she'd strongly advised me to wear it this way. The unfortunate thing about a young person's funeral (and I have attended far too many in my life), is that they are full of other young (and possibly single!) people. And seemingly in my mother's eyes, this was reason to wear my hair curly.

When I was ready and returned downstairs, I joked with my dad, "Hey, did you hear mom tell me to curl my hair? I think she's hoping I'll meet someone at this funeral."

My dad laughed, but when my mom learned about my theory, she was not amused.

She'll tell you, like she did that day, that this was not the reason for the hair comment at all, and that I am, in fact, projecting my own ideas onto her.

"It makes a good story when you tell it the way YOU tell it," she said, accusing me of exaggerating for the sake of the blog (Who, me?).

But need I remind you that this is the woman who, of all the new things I did during my 30th year, got the most bent out of shape over me not wearing makeup to work? I'll rest my case.

Maybe her intention wasn't to set me up someone, but she always wants me to look my best, and my best, in her opinion, is with curly hair.

No, much to my surprise, and chagrin, it turns out it was my dad who actually attempted to pair me off. At a funeral. 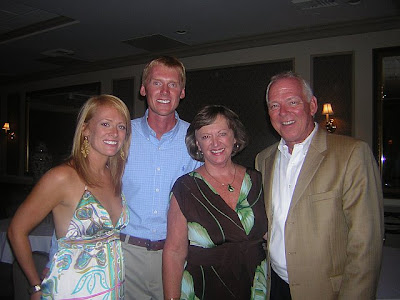 My parents helped host a reception following the service at a neighbor's home so that friends could visit with Randy's family. My brother and I followed our parents there and stayed for a while, before leaving to return to our respective cities.

On my way back to Atlanta, I checked in with my mom and dad to find out how the rest of the day went. I spoke to my dad first, then my mom. In the middle of my conversation with my mother, I could hear my dad speaking loudly in the background.

"Let me have the phone back before you hang up," he said to my mom who was still trying to talk to me. "I need to ask her if she knows . . ."

When my mom, clearly annoyed at this point, handed my father his phone back, my dad sounded almost excited as he said, "Steph. Do you know Mike Morris**?"

(**Name has been changed to protect the very blindsided, very innocent person in this scenario)

The name sounded familiar, but I couldn't remember ever meeting him.

"Well," he sounded almost excited at his point. All of his sentences were coming on top of each other and he barely paused for a breath.

"He is a very nice young man. He knew Randy in college. Now he works and lives in Atlanta. He does a job similar to yours. Likes music. Listens to Phish. Says he likes Atlanta but is looking for a change. I showed him your picture but he didn't recognize you."

I almost ran off the road. I had been amused that my dad struck up a conversation with this 30-something year old guy at a funeral reception and had liked him enough to mention me. But a picture? Is he serious? 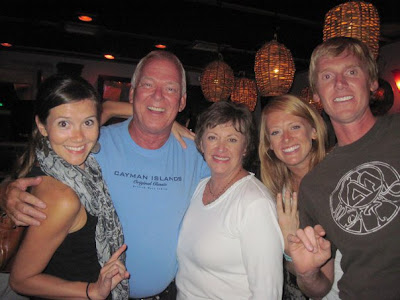 "You showed him my picture? Are you serious? What picture?" (I know, does it matter what picture? Yes, in fact, it does. The whole thing is humiliating regardless, but the picture DOES matter.)

The picture was one my dad had taken that morning on his new cell phone. At least my hair was curly!

I was mildly annoyed at what he'd done, but in the context of the day, the whole thing seemed pretty insignificant and silly. I knew I'd be sharing this story to anyone who would listen. I thanked my dad for again supplying me with fabulous blog material, but before we hung up the phone, I strongly advised against him ever doing this again.

As I continued driving, I tried to picture how the whole scene played out.

What was this poor guy supposed to say to my over-eager dad goofily smiling, proudly holding his little girl's picture on his phone in hopes of making a love connection?

"Dude, your daughter's smoking hot and I'd totally like to hook up with her. Can you give me her number?"

"Your daughter is hideous and disgusting and not at all my type. No thanks, bro."

Poor Mike Morris -- he had to have felt trapped and in a no-win situation. I hope he found a quick exit and that this conversation gave him the levity we all needed on an emotional day.

Randy's untimely death has made me think about a lot of things -- life, death, and thanks to my parents, the importance of always looking my best.

Because you really never know when or where you'll meet people, or in my case, when your dad is going to whip out his cell phone and show your picture to random unsuspecting strangers grieving the loss of their friend.
Posted by Stephanie Gallman at 12:45 PM